Raiders Sign Josh Jacobs To Four-Year Deal To Be The Lead Running Back - uSports.org 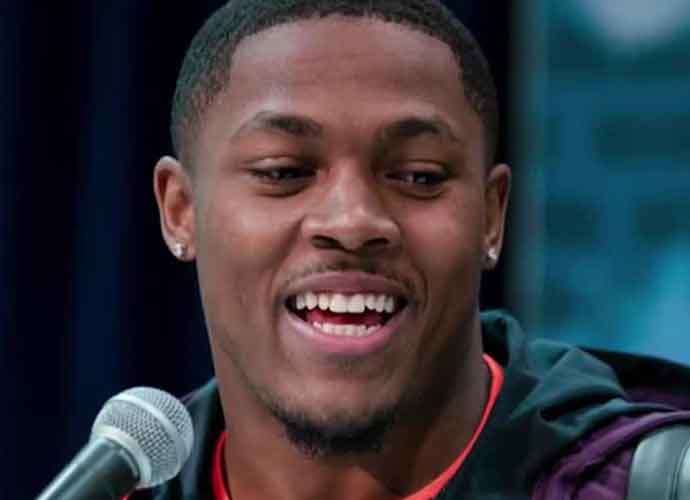 The Oakland Raiders officially signed their 24th overall pick Josh Jacobs, a running back out of Alabama, to a four-year rookie deal. He held out on signing, seeking more money, but Tuesday he signed a $11.9 million deal, with a fifth option from the team, according to NBC Sports.

Jacobs was the first running back selected in the draft, with Penn State‘s Miles Sanders falling next at 53rd overall, drafted by the Philadelphia Eagles.

Jacobs was one of the rotation backs at Alabama in his junior year at the school, rushing for almost 650 yards, scoring 11 touchdowns. Damien Harris and Najee Harris led the ‘Bama running backs however, but both remained with the team despite Jacobs going to the draft. He was the MVP in the 2018 SEC Championship game against Georgia, scoring twice with just eight carries.

Jacobs fits perfectly with the hard-nosed Raider play style under head coach Jon Gruden, and fans will be able to see an inside look at the team come August when the team will be the featured group of HBO’s newest addition of Hardknocks.

With Marshawn Lynch retiring, Jacobs could be the front-man for the Raiders running back crew and could see a ton of playing time. Veteran Doug Martin joined the team in 2018 after being traded from the Tampa Bay Buccaneers, and could prove to be a third down back for the Raiders.

Gruden highlighted Jacobs’ importance after drafting him and the retirement from Lynch, saying, “we need a feature back now, so I’m just telling you you’re gonna get the opportunity of a lifetime,” Gruden told Jacobs, according Mercury News.

Jacobs has an immense amount of potential, displaying a 220 pound build, and Bleacher Report’s Matt Miller has him as the ninth best prospect coming out of the most recent NFL Draft.