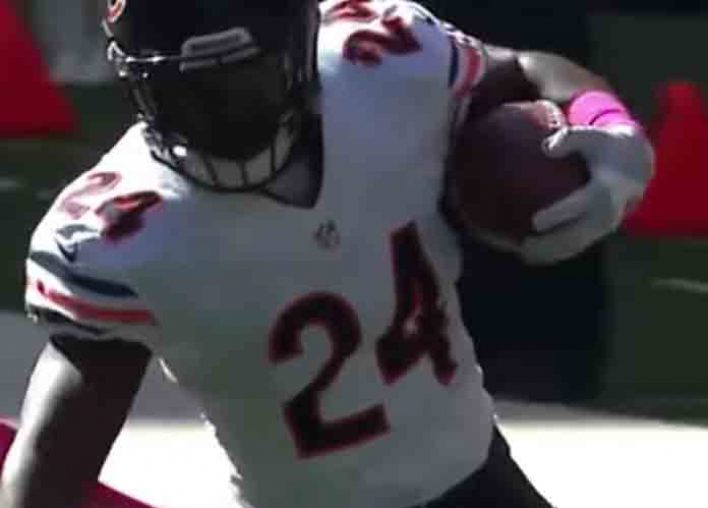 The Philadelphia Eagles didn’t want to be sent to the shadows when the Philadelphia Phillies showed off the newly acquired Bryce Harper. They went out and traded for former Chicago Bear Jordan Howard. Just days after telling reporters that the team was looking into everything it could about the running back position, Doug Pederson finally got a starting back.

Roster Move: #Eagles have acquired RB Jordan Howard from the Chicago Bears in exchange for a 2020 draft pick.#FlyEaglesFly pic.twitter.com/xFJd0WPEOy

For just a 2020 sixth-round pick, the Eagles got their answer to LeGarrette Blount‘s departure.

Howard, a former fifth-round pick, led a tough Bears team to the playoffs this season. However, that wasn’t enough to convince the Chicago front office of his value. As recently as a week ago, management was dangling the 24-year-old out as a potential trade chip. New coach Matt Nagy decreased his usage and Howard’s yards-per-carry numbers dropped. That’s also not counting that Tarik Cohen seemed to be an improvement over Howard when the ball was moved through the air. Howard was atrocious as a pass catcher, rating 49/53 in receiving DVOA.

However, Philly seems dead set on the belief that Howard pushes this team over the top. He is in fact only a year removed from two straight 1,000-yard rushing campaigns. This is a team that made the divisional round of the playoffs with both their starting quarterback, Carson Wentz, and running back, mid-season pickup Jay Ajayi, out.

Pederson has proven to be one of the most resourceful coaches in football. If anyone could find a use for Howard, even just as an early-down option, he will. With Howard, Alshon Jeffery, Nelson Agholor, and Zach Ertz, Philly has plenty of weapons to win a wide-open NFC East.