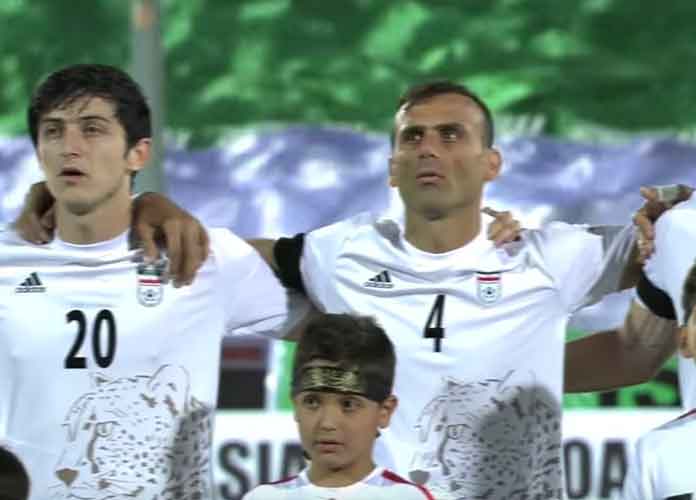 Nike has cut ties with Iran’s soccer team just days before the 2018 FIFA World Cup in Russia is to begin.

The sports apparel giant on Friday said they would withdraw their supply of cleats to the Iranian squad in light of the recent economic sanctions against the Middle Eastern nation.

The development comes after President Donald Trump decided last month to pull the U.S. out of the 2015 Iran nuclear deal, and to reinstate the aforementioned sanctions against Iran.

Nike said in a statement: “U.S. sanctions mean that, as a U.S. company, Nike cannot supply shoes to players in the Iranian national team at this time,” though the firm also acknowledged that: “Sanctions applicable to Nike have been in place for many years and are enforceable by law.”

Iran’s coach, Carlos Queiroz, was reportedly very upset with Nike’s decision. According to ESPN, he said: “Players get used to their sports equipment, and it’s not right to change them a week before such important matches.”

Adidas, whose headquarters are in Germany, makes Iran’s uniforms, although according to the Washington Post, it is not sponsoring their soccer squad.

Iranian leaders expressed outrage, as did many other people, over Trump’s decision to withdraw from the Iran deal. Some Iranians even burned American flags. Trump also recently suggested federal authorities should investigate his predecessor Barack Obama‘s administration for a waiver that would have authorized Iran’s government to have financial access to the U.S.

“We are disappointed that Nike has boycotted Iran’s World Cup players by refusing to provide shoes to the Iranian national team,” Jamal Abdi, the vice president for policy of the National Iranian American Council, a nonprofit focused on Iranian-American relations, said in a statement. “We call on the U.S. Government to take immediate steps to address this shameful situation and that Nike actively seek a resolution. FIFA should also take necessary steps to address this issue and ensure that none of the teams in the World Cup are subject to double standards.”

The statement continued: “Governments that drag politics into international sporting events, including Iran itself when it boycotts matches with Israel, face well-deserved admonishment. This situation is unfortunately no different. Events like the World Cup and the Olympics are meant to rise above disputes between nations and serve as an example of what unites us.”

Nike previously supplied Iran’s soccer team in 2014, when there were also economic sanctions against the country.

Iran is scheduled to play Morocco in St. Petersburg on Saturday for its World Cup opening game. Iran is also grouped with Spain and Portugal for the tournament, which begins on Thursday when host Russia faces Saudi Arabia.