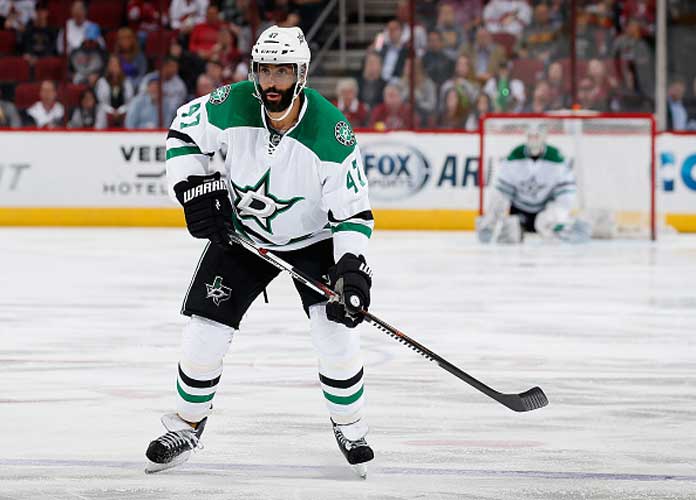 GLENDALE, AZ - FEBRUARY 18: Johnny Oduya #47 of the Dallas Stars in action during the NHL game against the Arizona Coyotes at Gila River Arena on February 18, 2016 in Glendale, Arizona. The Coyotes defeated the Stars 6-3.

On Monday, the NHL announced that there were zero positive tests for COVID-19 of the 52 person traveling parties for each team that arrived at the two bubbles last week. The teams arrived at the host cities on July 26 and with these zero positives come from over 7,000 administered tests between July 27 to August 1.

Now with the lack of an outbreak established and the NHL being in a safer country COVID-wise since they are in Canada almost ensures that the NHL playoffs will go on. This, in contrast to the MLB’s failures and the NBA’s success, reinforces the idea that a bubble or a campus-type atmosphere is the way to go for professional sports if they want to return unimpeded.