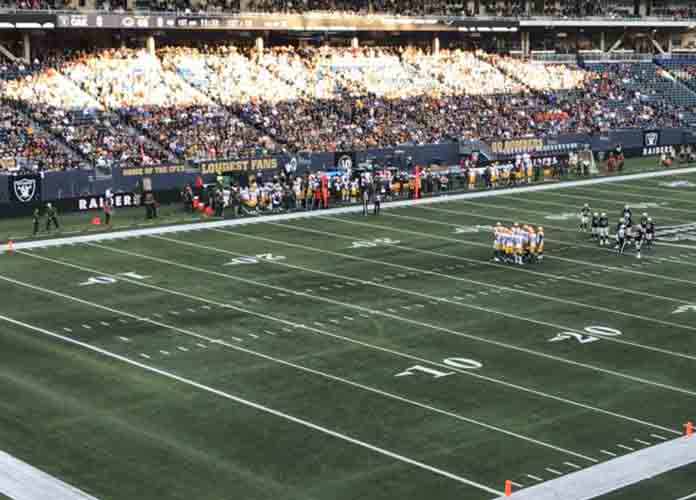 Fans who closely watched Thursday night’s NFL preseason game between the Green Bay Packers and the Oakland Raiders may have likely noticed something peculiar and still be marveling over it: the field was 20 yards short.

The Raiders beat the Packers 22 to 21. The matchup was held at Investors Group Field (IG Field) in Winnipeg, Canada. Pre-game started with discussions over a hole in the field that was patched up before the contest. As those talks were taking place, another concern arose regarding the uprights, as they appeared to be in the middle of the end-zone. On NFL fields, pylons are usually placed outside the end-zones. Officials and coaches feared that this would pose dangers for players. Although both teams had scheduled time for some of their starters, including the Packers’ Aaron Rodgers, both teams decided to sit most of their first string players due to fears of injuries.

Both teams decided to put pylons as end-zone markers at the 10-yard line, a move that decreased the playing field by 20 yards. Because of this, there were no kick-offs. Instead, each team received the ball at the 10-yard line (equal to the regular 20-yard line).

Here’s where the pylons are placed to mark the end zone in Winnipeg pic.twitter.com/A0IYwfvMkT

Comments on news and social media outlets scrutinized the NFL for an apparent lack of preparation in vetting IG Field before the Thursday Night Football game. Neither team seemed to share the sentiment, including Raiders head coach Jon Gruden, who did not have much to say on the subject and appeared to take it all in stride.

“The field, I don’t know that was all about,” Gruden said via NBC Sport Bay Area. “We thought the field was perfectly fine.”

IG Field — which is home to multiple teams like the Manitoba’s CFL and CPL teams and the University of Manitoba — has a capacity of just over 33,000 and has been marred by controversy since before it opened. The field has suffered delays, financial problems and structural issues, which were included in a lawsuit owners filed against the builders. In the suit, owners cited, “water damage caused by insufficient drainage in the building,” as well as “inadequate insulation and extensive cracking in the concrete among a total of 42 deficiencies.”