NFL Could Expand Playoff Teams To 16 Under New Proposal - uSports.org 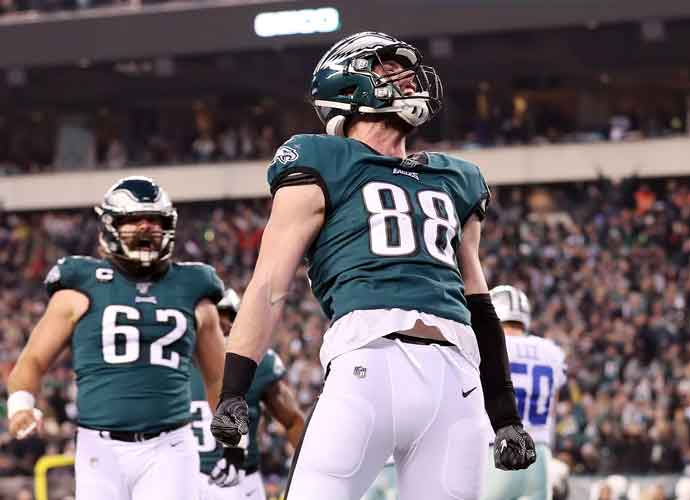 PHILADELPHIA, PENNSYLVANIA - DECEMBER 22: Dallas Goedert #88 of the Philadelphia Eagles celebrates after scoring a touchdown during the first quarter against the Dallas Cowboys in the game at Lincoln Financial Field on December 22, 2019 in Philadelphia, Pennsylvania.

The NFL playoffs could be dramatically different this year under a proposal by the competition committee. If the NFL were to approve it, then the post-season structure would be radically changed. Under the proposal, it would increase the current 14-team playoff format to a 16-team playoff format.

A 16-team format would seed teams based on winning percentage. This will negatively affect division winners because it will no longer guarantee them to host a playoff game. Although it will still guarantee them a playoff spot. For example, the current NFC East leader, the Philadelphia Eagles would not be guaranteed a high playoff seeding. Instead, they could be given the worst seed based on their record. The Eagles currently have three wins as division leaders. The majority of the other division leaders have six wins while only one other division leader has five.

Another impact of this proposal would be the elimination of the bye week for top teams. Currently, in the 14-team playoff format we have, the top two teams are given a bye week. This will be eliminated in the 16-team playoff format and force all teams to play in the first round.

An upside from this new format will be the fair rewarding of teams that have good records. Currently, if a team with a worse record could host a playoff game, meaning that the team with the worse record will be given a home game. As long as they are the division winner, they get one. This is seen as unfair because there are teams with better records that finish second in their division that do not host a play-off game. In the new format, better records will play a huge factor in deciding who hosts a playoff game and not based on division winners. The current format serves to reward division winners.

Currently, it is not expected that this proposal will be adopted by the NFL, but it depends on the situation of the pandemic and if any games are lost, will this format be considered further.