New York Mets Call Up Mark Vientos After Fans' Plead For Him - uSports.org 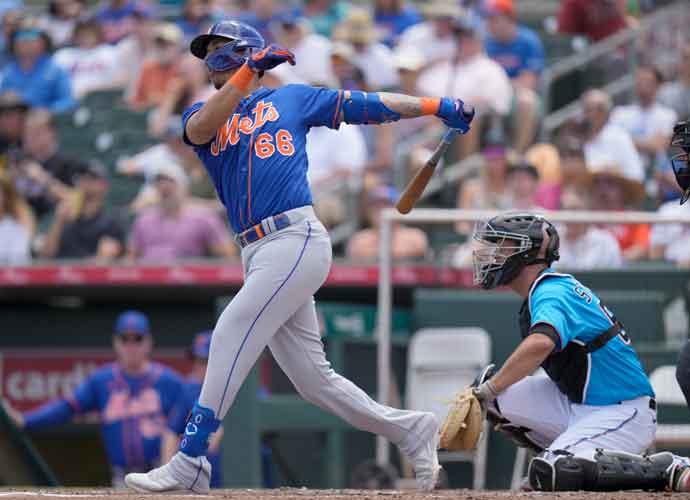 New York Mets fans finally got their wish with Mark Vientos getting called up to the big leagues on Saturday.

The team confirmed that the third baseman is getting called up after All-Star outfielder Starling Marte was placed on the 10-day injury list.

INF Mark Vientos has been recalled from Triple-A. Vientos will wear 27.

OF Starling Marte has been placed on the 10-Day IL, retroactive to Sept. 7, with a partial non-displaced fracture of his right middle finger.

While Vientos wasn’t in Saturday’s starting lineup against the Miami Marlins, he will be available off the bench.

Vientos will be in the lineup for the #Mets tomorrow. Avail off bench in some capacity tonight.

The move comes as the Mets lost yet another game to a non-playoff team on Friday, falling 6-3 to the Marlins.

Just over a week ago, things were going smoothly for the Mets, which beat the league’s best Los Angeles Dodgers two out of three times in a series.

The team had a three-game first-place lead in the National League East.

Since then, the Mets surrendered two out of three games to the league’s worst Washington Nationals and have lost a game apiece to the Marlins and the Pittsburgh Pirates.

And all of a sudden, the Atlanta Braves, which never appear to lose these days, find themselves with a 0.5-game lead in the NL East.

Mets fans for quite some time have been urging the team to call up third baseman Vientos, and Friday’s loss added more fuel to that.

In particular, fans have gotten tired of Darin Ruf, who was traded for three prospects and JD Davis at the trade deadline.

The 36-year-old, who was acquired to be a specialist for left-handed pitchers has struggled mightily to get much of anything going offensively.

Darin Ruf since joining the Mets:

One fan has seen enough, tweeting: “I’m over the Darin Ruf experience.”

Another said: “Thought this series was a good test to see how Darin Ruf would look vs these guys in the playoffs. And let me tell ya, he’s failing it.”

Critics have questioned Vientos’ defense, which could be the reason why a call-up has taken this long.

But still, he has performed well in triple this year, hitting .280 with an On-base plus slugging (OPS) of .877.

What is the front office doing here?#LGM

“It’s absolutely beyond disgusting that mark Vientos hasn’t gotten a shot this year at all. He cannot be worse than Darin ruf or naquin,” a fan said after last night’s loss.

And another frustrated fan tweeted: “I love how this amazing front office is watching this team and refuses to call up Vientos. Almost like their pride is getting in the way and they can’t admit their trade deadline failure. It’s pathetic.”

The Mets will play the Marlins twice more in the next two days followed by another series against the Pirates and the Chicago Cubs.

Going forward, the Mets have a favorable schedule but are trending downwards and will hope that Vientos can provide them an offensive spark against southpaws.

The team will face the Braves in a big three games series starting at the end of the month – which could decide who wins the division.

But it’s unclear if Vientos will remain on the team when Marte heals up.

Marte suffered a partial non-displaced fracture in his right middle finger on Tuesday.