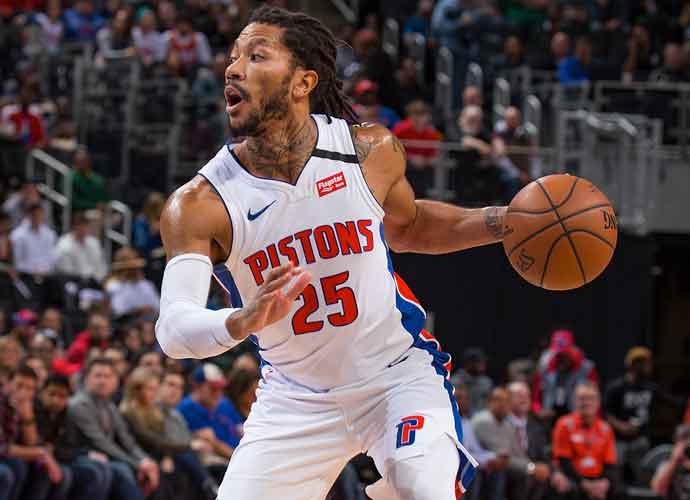 DETROIT, MI - JANUARY 24: Derrick Rose #25 of the Detroit Pistons controls the ball against the Memphis Grizzlies in the first half of an NBA game at Little Caesars Arena on January 24, 2020 in Detroit, Michigan.

The NBA was one of the first professional sports leagues to suspend its season because of the coronavirus pandemic. The league has slowly begun to take steps to resume its season, allowing teams to reopen their facilities as long as it is permitted by local governments and also being in talks with Disney World to use their facilities to finish its season. The league has also been in talks with the NBA’s Players Association in regards to how the season will start back up.

One of the most important people in discussions for restarting the NBA season is NBPA executive director Michele Roberts. Roberts has been in constant talks with teams and players as to how the season will start and according to Roberts, it seems that players are extremely eager to return. “It’s time,” he said. “It’s time. It’s been two and a half months of, ‘What if?’ My players need some level of certainty. I think everybody does.”

Roberts said that she will be in talks with players from all 30 teams in order to get their opinions on how the league plans to restart. Roberts also believes that a vote among the players will be necessary for how the season will resume. “If we thought we needed a vote, we would,” she said. “If we’re ratifying a CBA, we need a vote. But our preferred method is talking to people or just having them talk to us. Then if we get a sense of what the sentiment is then we can move forward. We talk to our players and figure it out.”

The one thing that Roberts noted that the players do want is simply certainty given that there are still so many details that need to be ironed out. “Certainty will be good. But the players really want to play,” she said.