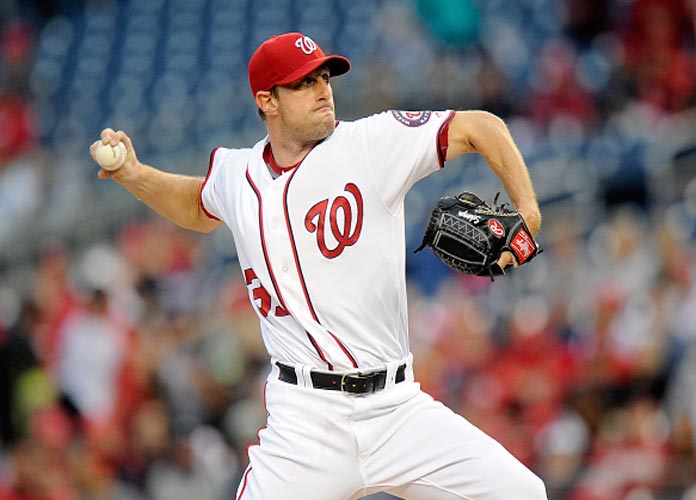 In the close finale of the two-game series between the historic National League East rivals, Washington ended up beating the Philadelphia Phillies 9-8. The Nationals’ pinch-hitter Jake Noll was able to convert a walk-off walk against Phillies closer David Robertson, who had ironically walked the previous two batters to load the bases.

Even before all of that had transpired, an inning earlier in the top of the eighth, Nationals reliever Trevor Rosenthal had also pitched a pair of walks, helping fuel a three-run rally that gave the Phillies a 7-6 lead. All of the constant walking helped load the bases for both sides, prompting big runs off big hits, and lots of RBIs to go around for everyone.

A walk is as good as a hit, sometimes!
Nats 9 Phils 8 April 3 pic.twitter.com/2HVh3EEIV2

You Get a walk, and You get a walk

On the day, which marked the 13th annual celebration of National Walking Day, the teams combined for 14 free passes. It’s funny that National Walking Day was meant for people who don’t get enough exercise, and to encourage them to get out of their house and walk. Who knew professional athletes would feel a need to participate as well. At least that’s what some fans we’re thinking, with the way the bases were loaded for each side this past Wednesday.

It ain’t about how hard you can hit.

It’s about how hard you can get hit and keep moving forward. pic.twitter.com/5CZ1SWguJd

Three of those passes ended up crossing paths with All-Star Bryce Harper, who followed up his huge homecoming on Tuesday by going 3-for-5 in home runs, 3 RBIs with a perfect day at the plate on Wednesday. In five at-bat appearances, the All-Star Phillies slugger was 2-for-2 with three walks, including a pair of intentional passes.

Harper has reached safely in eight consecutive plate appearances. Nothing new for Harper, a veteran slugger in the MLB. Many teams have already been familiar with his power, having had to pay the price for it in the past. The Nationals, familiar with it as well, tried their best to avoid Harper head on.

As Rosenthal stepped up to pitch, things took a turn for the worst for the Nationals. Coming off of missing the entire 2018 season due to having Tommy John surgery, the pitcher was off to a slow start this season. A surgery that primarily affects the elbow, Rosenthal’s pitching arm appeared to hurt a bit.

In three outings covering seven different batters, Rosenthal failed to record a single out, giving up four hits and three outs in the process. He’s the second pitcher in the live modern baseball era to not retire a single batter within his first three appearances. When asked how it felt to perform like this, he said, “Obviously it’s frustrating.”

In a wild game that had drama, hits, and a lot of walks, the Washington Nationals were able to come out on top.