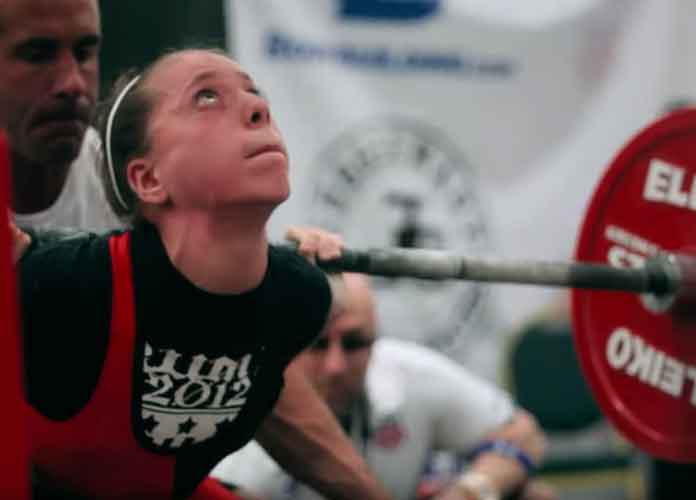 Naomi Kutin, ‘Supergirl,’ On How To Properly Powerlift [VIDEO EXCLUSIVE]

Powerlifter Naomi Kutin is just 16 years old, but she has already set several records in her sport, and knows exactly what the proper and improper ways to lift are.

In an exclusive interview, the youngster from Fair Lawn, New Jersey explained the key things to remember when lifting so as to avoid injuring oneself or anyone else around.

“You want to make sure you’re not pulling with your back,” warned Kutin. “That’s how injuries happen. I’d say that’s the number one thing to remember: it’s your legs, not your back,” she added, laughing.

“For the squat, just staying as upright as possible is very important. Otherwise, again… You get injured.”

Kutin began breaking world records in powerlifting at age nine when at the tender weight of just 88 pounds, she squatted 215 pounds to surpass the mark previously held by a 44-year-old German woman. She competed in the 97-pound weight class at the time. Kutin also maintains a strict protein diet to stay in good shape.

Her life story can be seen in the documentary Supergirl, which is available for streaming on several platforms including ITunes, Amazon Prime and Google Play.

Powerlifting runs in Kutin’s family: both her father and brother have competed in the sport.