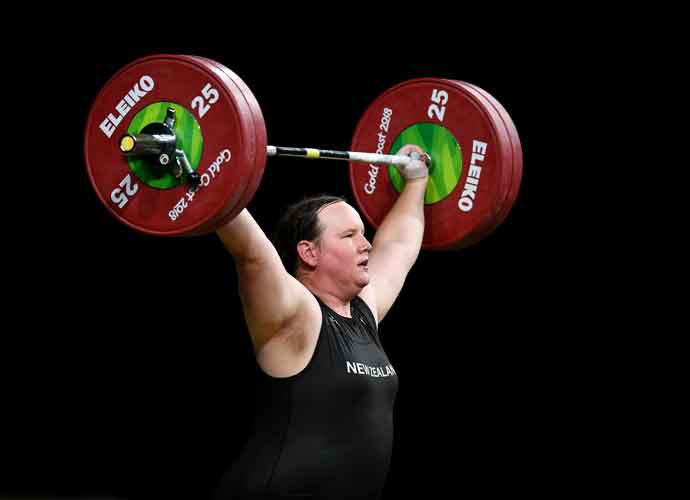 GOLD COAST, AUSTRALIA - APRIL 09: Laurel Hubbard of New Zealand competes in the Women's +90kg Final during the Weightlifting on day five of the Gold Coast 2018 Commonwealth Games at Carrara Sports and Leisure Centre on April 9, 2018 on the Gold Coast, Australia. (Photo by Dan Mullan/Getty Images)

The Tokyo Olympics will feature lifter Laurel Hubbard after she hefted 628 pounds (185 kilograms) in two separate lifts on the way to qualifying in the women’s super-heavyweight division for the Tokyo Olympics. These lifts make Hubbard the first transgender athlete to ever compete at an Olympic Games. Hubbard was among five lifters who are now confirmed to be lifting for New Zealand in Tokyo, and she’ll also get the distinction of the oldest lifter at the games.

“I am grateful and humbled by the kindness and support that has been given to me by so many New Zealanders,” Hubbard said in a statement. “When I broke my arm at the Commonwealth Games three years ago, I was advised that my sporting career had likely reached its end. But your support, your encouragement, and your Aroha (love) carried me through the darkness. The last eighteen months has shown us all that there is strength in kinship, in community, and in working together towards a common purpose. The mana of the silver fern comes all of you and I will wear it with pride.”

Hubbard first transitioned eight years ago at the age of 35. She has since met all of the requirements of the International Olympic Committee’s regulations for trans athletes and fair competition. Hubbard has a history of success in powerlifting. She won a silver medal at the 2017 World Championships and gold in the 2019 Pacific Games in Samoa. She competed at the 2018 Commonwealth Games but sustained a serious injury that set back her career. Sadly, an additional struggle Hubbard has had to carry is that her efforts have made her a flashpoint in the debate around the fairness of trans athletes competing in women’s events. This ridicule and scorn come despite the fact that the IOC policy specifies conditions under which those who transition from male to female are eligible to compete in the female category.