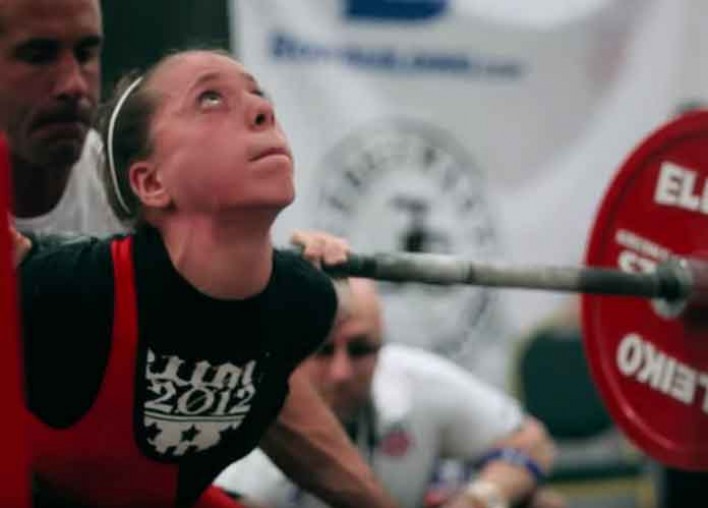 Naomi Kutin is quite the impressive teenage powerlifter.

The 16-year-old Fair Lawn, New Jersey native sat down with uSports for an exclusive interview about her recent documentary Supergirl and how powerlifting has changed her life, among other things.

“The main thing that I hope people take away from Supergirl is probably that when you set goals and work hard, you can achieve them,” said Kutin.

Supergirl details Kutin’s coming-of-age story, and how she has managed to juggle powerlifting with her personal life, which includes following strict religious rules at home, dealing with health issues, and more. The documentary premiered on PBS in December and can also be rented or purchased on several platforms, including Amazon Prime, ITunes and Google Play.

Kutin began lifting when she was just 8 years old and broke her first world record at age 9. The 88-pound girl competed in the 97-pound weight class and squatted 215 pounds to surpass the mark previously held by a 44-year-old German woman.

“I’ve had a gym set up in my basement for my entire life, because my dad has been a competitive powerlifter for over 30 years,” explained Kutin, who is Orthodox Jewish. “So he lifts in the basement and I kind of grew up with that, it was always around me.”

Kutin also revealed that when she was 8, she took a karate class and her father Ed noticed how well she could perform certain training exercises.

“My dad took me and saw that I was doing pushups really well, and I was doing feats of strength, so he thought it would be something I might be interested in doing, and that it would be a bonding activity for us,” she added.

Kutin often competes alongside her father and her 14-year-old brother Ari, who also lifts. Her mother Neshama assumes the role of manager.

Kutin has a major lifting event coming up.

“In March, I have a competition in Wisconsin and it’s the High School National Championships,” she revealed.

Kutin has also stated she listens to heavy metal on her headphones to help her prepare for competitions, but not during any other times because she “hates” that type of music.

Finally, Kutin explained how the sport of powerlifting has changed her life.

“I as a person tend to be really reserved and soft-spoken, so through powerlifting and meeting different people and going out on the platform to lift in front of hundreds and thousands of people, I’ve really learned how to get past that,” she said.

“It’s given me confidence and it’s also given me the ability to talk to people, so that’s good,” she added with a laugh. 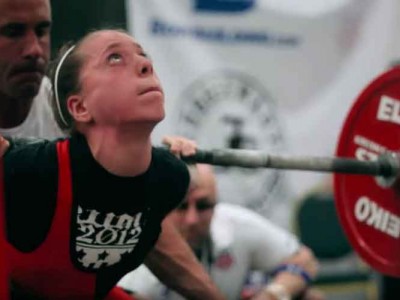 Naomi Kutin, ‘Supergirl,’ On How To Properly Powerlift [VIDEO EXCLUSIVE]