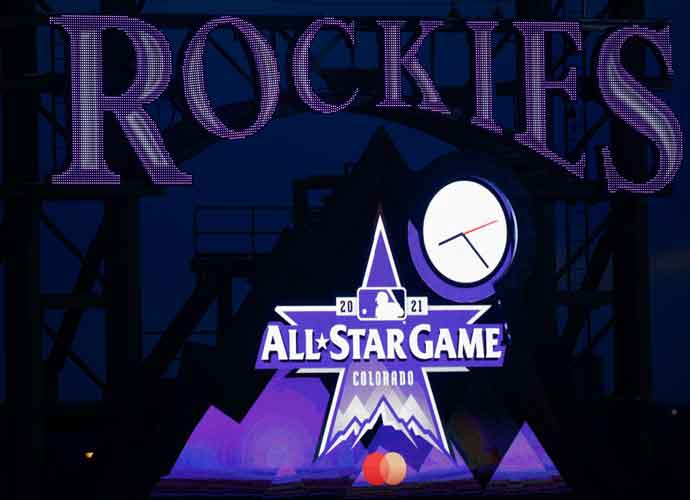 DENVER, CO - MAY 13: A general view of the scoreboard featuring the All-Star Game logo during a game between the Cincinnati Reds and Colorado Rockies at Coors Field on May 13, 2021 in Denver, Colorado. (Photo by Justin Edmonds/Getty Images)

On Thursday, a judge ruled against the MLB having to return the All-Star Game to Atlanta, with the U.S. District Judge Valerie E. Caproni ruling against a not-for-profit organization representing small businesses.

The original lawsuit in this case was filed on May 31 and alleged that Major League Baseball acted unconstitutionally when it moved the game from the Atlanta Braves‘ stadium to Denver. The lawsuit alleges that businesses in the Atlanta metro region would lose $100 million because the All-Star Game would not be there.

The reason the MLB moved the All-Star Game was due to the sudden changing of Georgia’s election rules following former President Donald Trump’s repeated unproven claims of fraud after his presidential election loss to President Joe Biden. Biden has declared the Georgia law “un-American” and “Jim Crow in the 21st century,” and his views were widely shared amongst the players within MLB.

Commissioner Rob Manfred moved the game after discussions with individual players and the Players Alliance. During the legal proceedings, Caproni verbally sparred for over an hour with attorney Howard Kleinhendler, making it clear that she didn’t believe in his position. The lawsuit sought $100 million in compensatory damages and $1 billion in punitive damages. Kleinhendler did point out that his clients supported the new Georgia election laws, which hurt his case more than it helped.

During her ruling, Caproni said she had doubts about whether Atlanta businesses could have suffered anything close to $100 million in damages. She said the plaintiff further undermined its case when it suggested that Major League Baseball could remedy the harm by setting up a $100 million relief fund for harmed businesses. Kleinhendler was obviously disappointed by the ruling for not only himself but for his clients. He said Caproni’s ruling was disappointing and lawyers needed to evaluate legal options. He also noted that one legal document described how business owners in Atlanta were reluctant to go public with the damage done to them by MLB’s decision because they feared intimidation tactics such as protests or bad online reviews. “We’re saddened for those small businesses because this game, in many cases, was the difference between possibly keeping their doors open and closed forever,” he said.