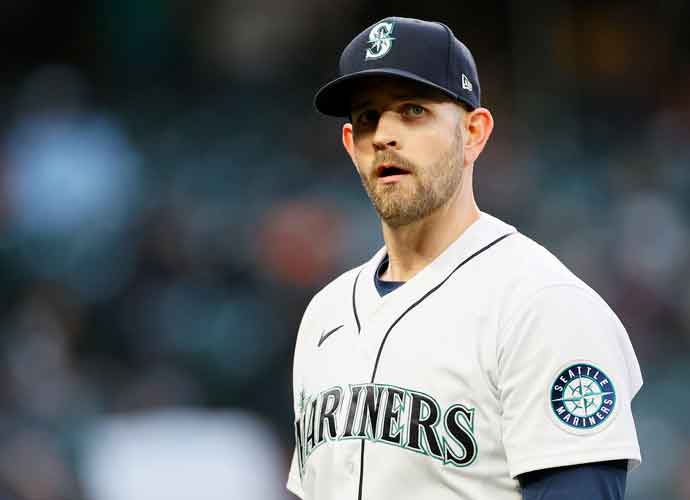 SEATTLE, WASHINGTON - APRIL 06: James Paxton #44 of the Seattle Mariners looks on in the first inning against the Chicago White Sox at T-Mobile Park on April 06, 2021 in Seattle, Washington. (Photo by Steph Chambers/Getty Images)

It took more than two decades – but the Seattle Mariners are back in the playoffs.

In a 1-1 game in the ninth inning, the team was looking for a hero.

That was 21-year-old catcher Cal Raleigh, who came up with the biggest hit of his life.

With two outs left he drove a breaking ball off Oakland Athletics pitcher Domingo Acevedo out of the ballpark to walk it off.

Cal Raleigh sends the Mariners to the postseason with an emphatic walk-off 💣 … This place is going nuts. pic.twitter.com/dMkfWu2wvX

As you’d imagine the Mariner’s home crowd went wild, as it marks the first time the team will qualify for a postseason birth since 2001.

For context on how long it’s been, Mariner’s Japanese star outfielder was just 27 years old in his rookie season.

The U.S. has had four different presidents since then.

The New England Patriots and Tom Brady have combined for seven Super Bowls.

Heck, the Chicago Cubs even won a World Series in a non-video game fashion.

While the pain is finally over at least for now for Mariners fans, there are teams with some long active droughts.

None are more than two decades long, but NBA’s Sacramento Kings have the longest one – not qualifying for the postseason since 2005-2006.

The Kings are followed by the NFL’s New York Jets and the NHL’s Buffalo Sabres, which both haven’t appeared in the playoffs since 2011, or 11 years.

To end the long playoff droughts, the Mariners have been active since the offseason in making moves.

Rodriguez reportedly recently signed a 12-year contract worth around $210 million.

And now it’s playoff time for the Mariners.

But it won’t be easy as they will have to play a best-of-three game series against either the Toronto Blue Jays, Cleveland Indians or the Tampa Bay Rays in the wild-card round.

Read more about:
Cal Raleigh Sacramento Kings Seattle Mariners
Listen to the uInterview Podcast!
Get the most-revealing celebrity conversations with the uInterview podcast!