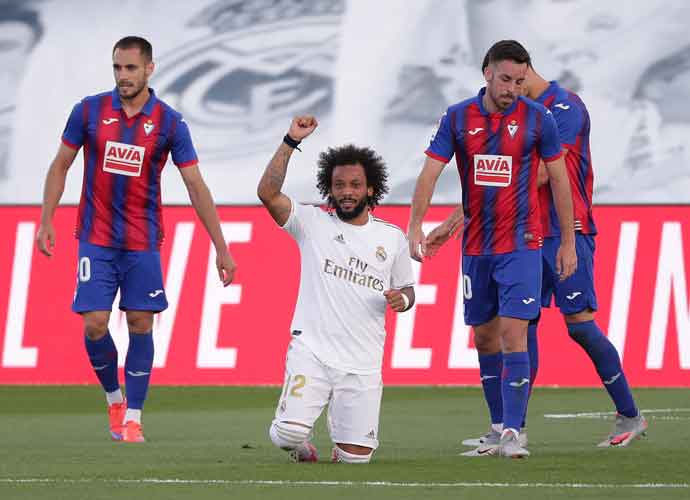 Marcelo may be unable to play in Real Madrid’s upcoming Champions League match, but not for a reason one may expect.

The star defender was selected to be a poll worker in Spain’s upcoming election, which is taking place on May 4. Spaniards will be voting on representatives in the Madrid Assembly. By Spanish law, any registered voter in Spain is eligible to be chosen to work the polls. Marcelo, a native of Brazil, has been a Spanish citizen since 2011, placing him in the pool of possible constituents. When asked about the situation, Marcelo commented that he was “very upset by his electoral luck.”

Real Madrid is set to face off against Chelsea in the second leg of their Champions League semifinal bout on May 5. The first game ended in a 1-1 draw, making this matchup crucial for both teams, particularly for Real Madrid, who could break a potential tiebreaker by scoring more goals on the road than Chelsea has. However, the team is planning on traveling to London the day before the game, which coincides with the election. In addition, due to new COVID-19 protocols in place for the Champions League, Marcelo may be unable to make the trip the day of the match, putting his status in jeopardy.

Real Madrid is the most successful club in Champions League history, with 13 titles, most recently in 2018. However, it will be difficult to capture one this season if they are without one of their core pieces on the defensive side.