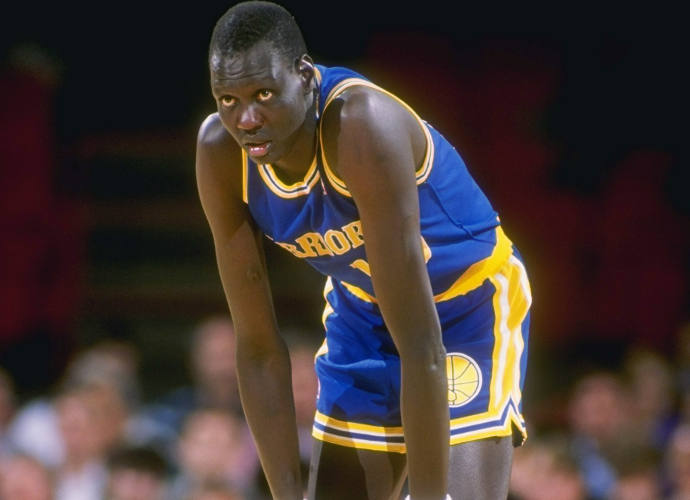 Pass the ball to Bol Bol! A new highlight reel featuring the late Manute Bol’s son, Bol Bol, has surfaced, and he is just destroying his competition. Standing less than a foot smaller than his father, Manute who was 7’7’’, but towering over any other normal human being, Bol Bol at 6’11’’ does not need to rise above to get places – he’s already there.

Like his father, he is a twig, but he moves faster, has a better midrange (sorry, Manute), and has above average handles for a big fella. With this type of gameplay, it’s hard to remember that he’s only 15 years old and still growing. With the video’s progression, Bol Bol seems to come alive running the floor and shooting jumpers — something that big men, even in the NBA, struggle doing. As per his height and competition level, he swats anything that comes remotely near him, or if not, people driving on him overcompensate out of fear causing them to overshoot or just miss the basket completely.

On warmup three man weaves, Bol Bol is seen making 360 and under the legs dunks, cause you know, that won’t scare the competition. When I played varsity basketball, it was people like him I hated playing. Not because I was, and sadly still am, 5’8’’, but because anytime he was in the paint, he was scoring. End of story. Now as he develops further and continues his basketball career, it will be interesting to see how he combats people who are more physical, just as tall, and even faster than people than he is used to.

Bol Bol plays for Bishop Miege High, a bit out of Kansas City in Roeland Park, Kan., and is ranked 19th in ESPN’s 2018 class.