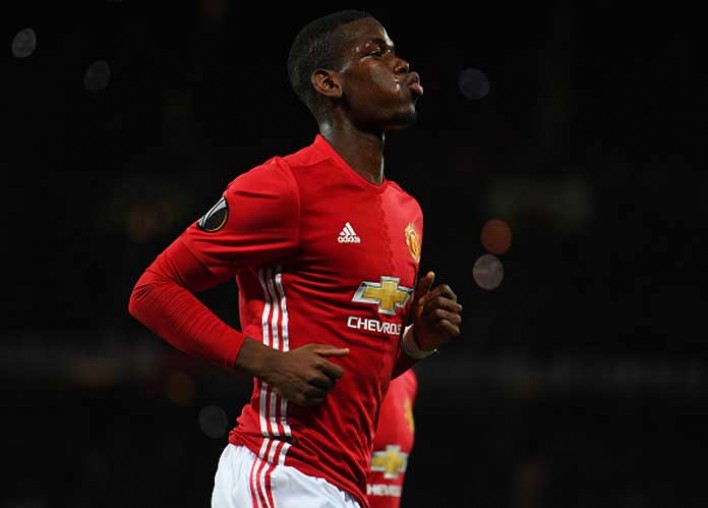 MANCHESTER, ENGLAND - OCTOBER 20: Paul Pogba of Manchester United celebrates after scoring the opening goal from the penalty spot during the UEFA Europa League Group A match between Manchester United FC and Fenerbahce SK at Old Trafford on October 20, 2016 in Manchester, England. (Photo by Laurence Griffiths/Getty Images)

The hateful posts came after 26-year-old Pogba — a black Muslim French player of Guinean descent — missed a penalty in the second half of the Red Devils’ 1-1 tie against the Wolves on Monday.

Maguire, a defender for Man U, urged social media companies to “stop these pathetic trolls” following the racially abusive comments against Pogba.

We need these racist tweets to be seen by twitter, taken seriously and handed to the police.

Paul Pogba nor anyone deserves this, I thought times had changed.

I have sent these images further so that the offenders can feel the full force of the law.#racism #SayNoToRacism pic.twitter.com/Vq2Xa8xchV

Rashford responded to the remarks on Twitter with his own tweet, writing, “You attack him you attack us all.”

Manchester United is a family. @paulpogba is a huge part of that family. You attack him you attack us all… @ManUtd https://t.co/PgalnFQMeu

Diane Abbott, a Member of Parliament, was one of many who condemned the attacks by using the hashtag #SayNoToRacism.

Stop racism and Promote the Game.
UEFA says NO TO RACISM!!
We Stand with Paul Pogba. pic.twitter.com/3am3DToocv

The abuse of Paul Pogba is a disgrace. No place for this vile racism and social media should act swiftly to take it down (that means you, @Twitter). #SayNoToRacism #KickItOut #StandUptoRacism

Manchester United released its own statement on the abuse directed at Pogba, saying, “The individuals who expressed these views do not represent the values of our great club and it is encouraging to see the vast majority of our fans condemn this on social media also.”

“Manchester United has zero tolerance of any form of racism or discrimination and a long-standing commitment to campaigning against it through our #AllRedAllEqual initiative,” the club’s statement continued. “We will work to identify the few involved in these incidents and take the strongest course of action available to us. We also encourage social media companies to take action in these cases.”

Member of Parliament Nigel Adams, who also serves as the United Kingdom’s Minister for Sport, also condemned the attacks against Pogba.

“The football season is only a few weeks old and yet we’ve already witnessed sickening examples of racist abuse against players,” said Adams, per BBC Sport. “We have been clear that social media companies must do more and the government will hold them to account.”

“It’s not going away,” said Neville. “We need to take drastic measures in the football community.”

Two other British Premier League players have recently faced racially abusive attacks online after missing shots during games. Chelsea‘s Tammy Abraham became the target of hateful posts after he missed a penalty against Liverpool in the Super Cup. Reading forward Yakou Meite, an Ivory Coast player who was born in Paris, also said he received racist comments on his social media accounts after one of his spot-kicks was saved in a game against Cardiff.

Pogba, who plays for France’s national team played for Manchester United for one year from 2011 to 2012. After four years of playing for Juventus, the Red Devils re-signed the midfielder in 2016 for a then-world-record transfer fee of 105 million euros ($116 million at today’s rate.) 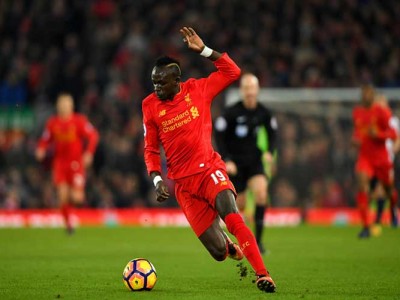