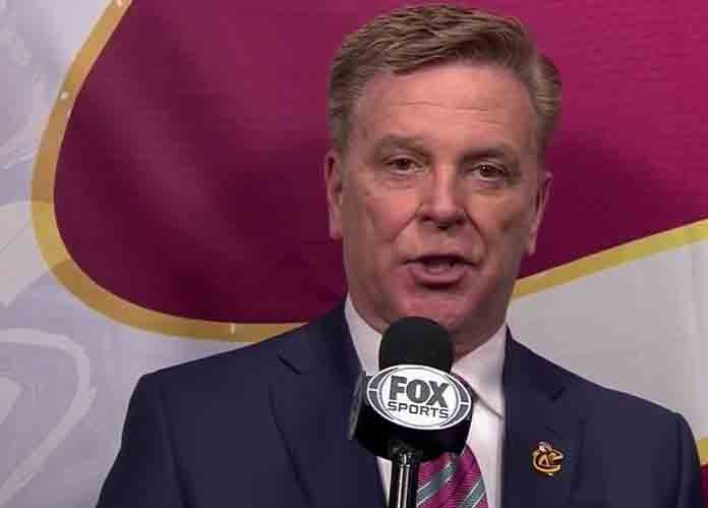 If you’ve watched a Cleveland Cavaliers game in the last decade-and-a-half, there’s a good chance you’ve heard the recognizable voice of Fred McLeod. He passed away Monday at age 67.

With a broadcasting career that spanned over 40 ears, McLeod had been the in-game announcer for the Cavaliers for the past 15 years along with Austin Carr.  His knowledge of the sport and enthusiasm made him a fan favorite, as he was continually featured in “best announcer” lists and compilations. He famously cried while announcing Cleveland’s 2016 NBA Championship win.

A local Cleveland Metro product, McLeod grew up in Strongsville until his family took him to Pittsburgh to finish high school. He went on to play baseball in college, where he reached his division’s College World Series. Soon after that, he was broadcasting in St. Louis in the 70s, and thus began a career in calling sports.

Known as friendly and well respected by stars and fans alike, McLeod and his wife — meteorologist Beth McLeod — continually made appearances and videos showcasing their lives. One such video showed the hours of preparation it took to call a single game.

It’s with extreme sadness we share news of the unexpected passing of a beloved member of our Cavaliers family.

We extend our deepest condolences to Fred’s entire family.https://t.co/Q3HQsu6Xr3

Stars around the NBA offered their thoughts on McLeod, among them future Hall-of-Fame star and Cleveland product LeBron James.

Man WHAT!!!!??? 😢😢OMG this is extremely sad. @CavsFredMcLeod May you rest in Paradise my friend! @BethHMcLeod my prayers sent up above to you and your family!! 🙏🏾❤️❤️❤️ #RIPFred https://t.co/XWMHUqWJxf

McLeod also served as the Cavs’ executive producer for multimedia. He was responsible for overseeing multiple channels of communications, including the team’s Twitter and Facebook accounts.