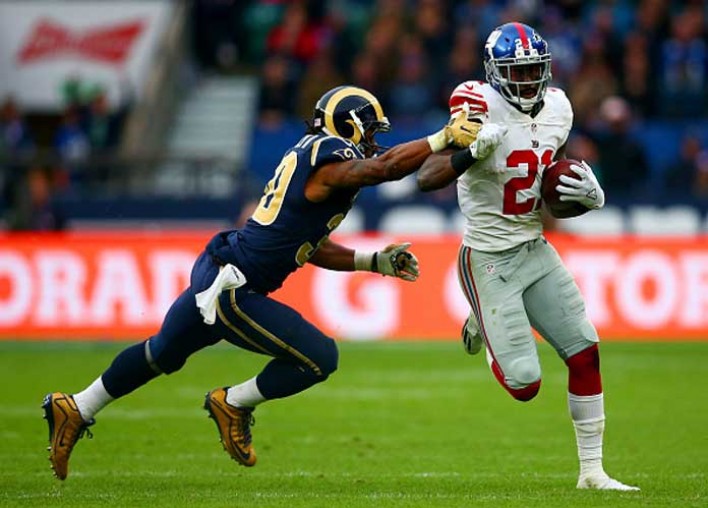 Norman mocked Gettleman in a tweet Monday afternoon after the Giants lost Collins to the Redskins, writing: “In ‘Gettleman’ WE Trust (All-DBs) securing the [money emojis],” using ‘DB’ to refer to defensive backs, a position similar to safety.

In ‘Gettleman’ WE Trust (All-DBs) securing the 💰🤑💰

Gettleman infamously rescinded Norman’s franchise tag in April 2016 when he was the GM for the Carolina Panthers and the cornerback played for that team. After four seasons with the Panthers, Pro Bowler Norman inked a five-year, $75 million contract with the Redskins in 2016.

Sources: Former #Giants star S Landon Collins is signing a 6-year deal for a whopping $84M with the rival #Redskins. Hard to imagine a box safety with this kind of deal after last year’s slow safety market. This moves the market dramatically.

Norman switching teams three years ago ultimately seems to have benefited Washington more than Carolina. In early 2016, the cornerback was coming off a stellar season in which he was named first-team All-Pro and helped lead the Panthers to a Super Bowl appearance against the Denver Broncos, who eventually won the title game. Norman, 31, has logged six interceptions in three seasons with the Redskins.

Meanwhile, 25-year-old Collins — who has spent the past four seasons with the Giants — will likely add depth to Washington’s secondary defense. The former second-round pick out of Alabama is a three-time Pro Bowler who is also a former first-team All-Pro.

Norman has famously had a tense relationship with NFC East rival Odell Beckham of the Giants. Thus, Collins joining the Redskins will likely make the games between the two teams next season all the more interesting.

Collins, who has made several key tackles and interceptions for the Giants over the years, has been called a “box safety” by some fans who argue he is not a strong player in terms of wide-ranging coverage. Other fans countered by highlighting his strengths.

He is a complete saftey.
He is a leader, he’s smart, He can cover man or zone, he has great ball skills, he has really good instincts and most importantly he can tackle extremely well. #HTTR 💰 💴