Jeanie Buss Reveals She Was Surprised Of Magic Johnson's Exit With The Lakers, Backing Pelinka - uSports.org 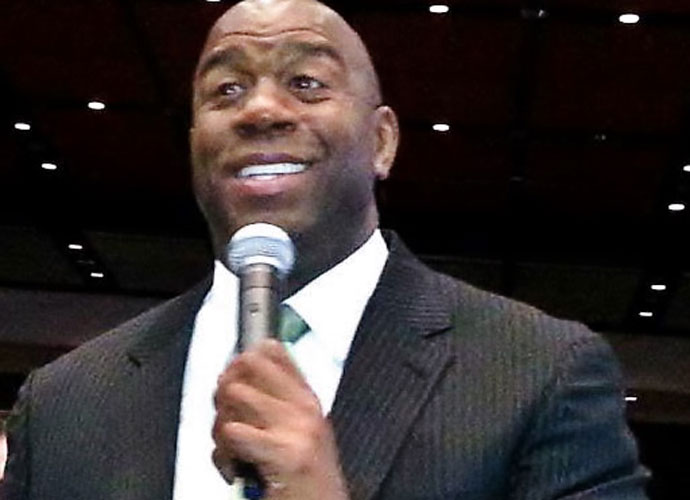 Jeanie Buss Reveals She Was Surprised Of Magic Johnson’s Exit With The Lakers, Backing Pelinka

Los Angeles Lakers controlling owner Jeanie Buss revealed at the NBA Awards on Monday night that she was surprised at Magic Johnson’s exit of the franchise earlier this year.

“As surprising as it was, it kind of reminded me of back in 1981 when he asked to be traded after winning a championship with the Lakers because he wasn’t happy with the way the offense had changed,” Buss said, according to USA Today. “That led us to getting Pat Riley as our head coach. So he’s got good instincts. He’s got to stay true to who he is and do what’s right for him. I wish I would’ve had a little bit more notice, but I think we’re going to be just fine.”

After Johnson left the organization, he went on ESPN’s First Take with Stephen A. Smith and said he was being stabbed in the back by Rob Pelinka, the man in charge of basketball operations and general manager of the Lakers.

“I wasn’t having fun coming to work anymore,” Johnson said in May, according to the New York Post. “Especially when I gotta work beside [Pelinka], knowing that you want my position.”

Pelinka has taken over the basketball operations for the Lakers, and hasn’t fallen short of success so far, signing Anthony Davis earlier this offseason.

Mark Cuban smiled when I asked him about LeBron James and Anthony Davis on the Lakers. “I just hope history repeats itself with the Lakers and their dream teams.”

“I’ve always had confidence in Rob,” Buss said, according to ESPN. “Whatever the speculation that’s out there, we don’t need the outside media to validate the things that we do. I’m very happy, I think we are on the right path, but there’s still more work to do.”

With a squad built around LeBron James and Davis, the Lakers are instantly championship-quality contenders, as the two stars are in the top-five of the NBA. It is now up to Pelinka and his team to build a solid group of role players around their stars. They gave up Lonzo Ball, Brandon Ingram and Josh Hart, which has the team lacking significant strength at the guard position, but with their remaining cap space (around $23 – $27 million), they have the space to sign a bundle of role players, or perhaps a star guard, such as free agents D’Angelo Russell or Kyrie Irving.