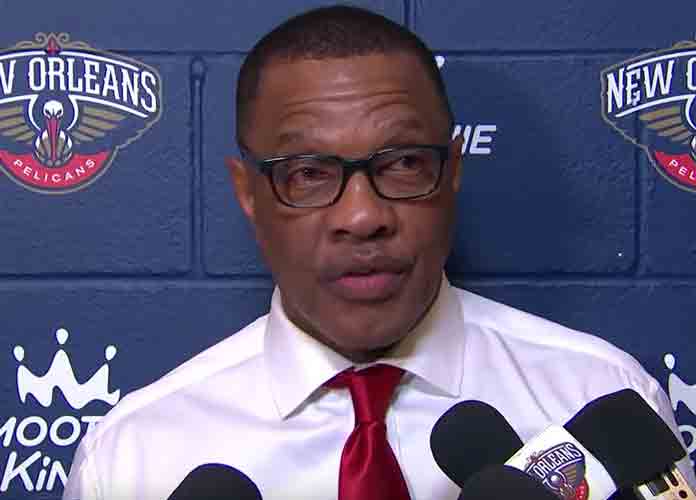 The newest additions of the New Orleans Pelicans may not be in their prime years, but the upside and potential of the overall squad is menacing. Lonzo Ball (21), Brandon Ingram (21), presumptive No. 1 pick Zion Williamson (18), Jahlil Okafor (23), Josh Hart (24) and Elfrid Payton (25), along with some key veterans that will be a mentor to the up-and-comers like Jrue Holiday and Soloman Hill.

Not to mention, the Pelicans also have the No. 4 pick in the draft on Thursday, where they could draft Jarrett Culver (20) or De’Andre Hunter (21).

David Griffin has bought in for the future. Along with his young squad, head coach Alvin Gentry has extended his contract through 2021.

“We couldn’t be happier to extend our relationship with Alvin,” Griffin said in a statement, according to ESPN. “He is exactly the right coach at the right time for this franchise. As I have mentioned several times previously, the shared vision we have for the future of Pelicans basketball both on and off the floor will enable us to build a roster that fits both culturally and tactically.”

David Griffin has believed Alvin Gentry’s style of play fits the personnel he’s assembling with Pels — and now commits to another year on his coach’s contract. https://t.co/aucDgyWIxv

The Pelicans definitely didn’t impress anyone last year with their 33-49 record, but won 48 games the season before, making it to the Western Conference Semi-finals before losing to the Golden State Warriors. With this rebuild, Gentry has the opportunity to make serious adjustments to his offensive style of coaching around excited prospects. Gentry has been the head coach for five different franchises and has been in the NBA since 1989.

The bit that analysts are concerned about regarding the Pelicans is their lack of shooters in the squad. Ball, in his NBA career, averages 10 points a game, while Ingram averages just shy of 14. It remains to be seen how well Williamson will score from the outside in the NBA, but don’t question his ability inside.

What the Pelicans don’t lack is an edge of defense in the backcourt. Holiday was named first-team defense in the 2017-2018 season and second-team last year. Ball also contributes to this new defense, as he averages 1.6 steals a game and 31 blocks a season.