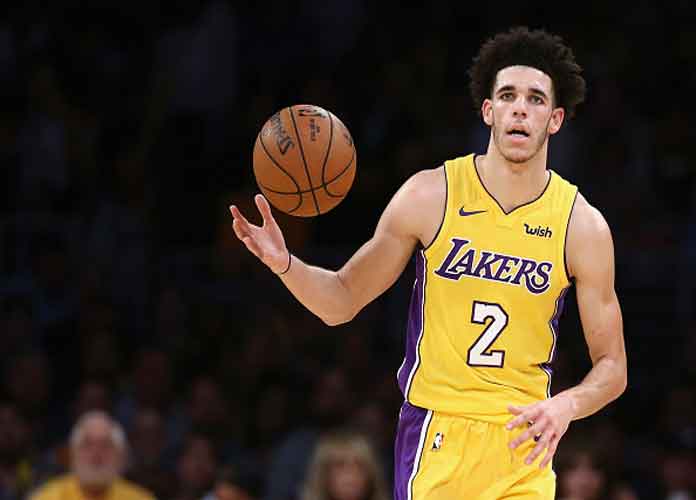 Lonzo Ball is cutting ties left and right and striving for some sort of independence. After rising to fame under the wing of his overbearing father, Lavar Ball, the 21-year-old Los Angeles Lakers guard is developing into his own person.

“Harrison Gaines has been a trusted advisor and close friend for many years,” he said in a statement. “He guided my NBA career with integrity and always had my best interests at heart.”

The announcement comes just two weeks after Ball cut ties with former Big Baller Brand co-founder Alan Foster as well as suing him for damages of at least $2 million. Despite that, he insists that Gaines supported him throughout the situation and that the timing has no relation to it.

“Harrison has always had my back and although we will no longer be working together after mutually deciding to part ways; our relationship will always be bigger than basketball,” Ball added.

Gaines has been Ball’s agent since he left UCLA after his freshman season. However, he never became part of the Big Baller Brand that the Ball family pushed for years. Instead, he founded his own agency, SLASH Sports, with which he represents former NBA prospect Xavier Thames and former NBA players Jamaal Franklin, Isaiah Austin and Jabari Brown.

“Lonzo Ball was the first client to sign with me. He has been nothing short of phenomenal and is one of the bright young NBA Stars. I thank him and his family for giving me an opportunity,” Gaines said when the news broke. “Mutually, we have decided to part ways. I wish Lonzo great success in the future. As I turn this page, I will continue to work hard for all of my clients.”

Despite seperating from the Big Baller Brand, Ball is not finding an agent on his own. His father has been present with him during meetings with prospective agents and has been inquiring about teaming up his three sons all together on one NBA team.

LaVar is still calling the shots for Lonzo. 🤦‍♀️ pic.twitter.com/rQacgzWwU6

Can Patrick Beverley & Russell Westbrook Co-Exist? Will They Have To?