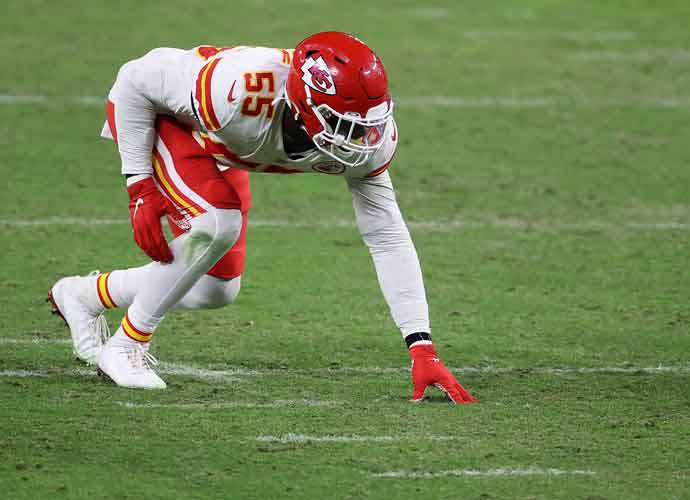 As the NFL season starts, many football pundits are having a look at which players are primed for a leap this upcoming season.

For the Kansas City Chiefs, this year is no different. One player who has put in the work is veteran pass rusher, Frank Clark. Clark reported to Chiefs camp looking more in shape than he’s ever been, a change he attributes to a certain lifestyle change.

Clark told reporters that he made the lifestyle change after he started having health problems.

“I haven’t had any problems since I stopped drinking liquor and it kind of started making more sense. As I’m going on, I’m training, I feel my body is responding to me. I’m able to get up. I’m able to work out all times of day, all times of night. It was a commitment I made.”

#Chiefs DE Mike Danna on Frank Clark: “He’s locked in, man. Probably the most locked in that I’ve ever seen him.”

Clark was brought back this season after restructuring his deal and taking a pay cut. Over the final two years of his contract, he will make $24.2 million and about $13.7 million in 2022. This comes after a season where Clark had only 4.5 sacks, which were his lowest since his rookie year.

A few seasons ago, Clark was the anchor for a defense that won the Super Bowl, his 18.5 sacks in his three seasons in Kansas City also represent a diminishing number since he arrived there. He is determined to have a bounce-back year and prove he belongs in Kansas City.

“I love it here. I love Chiefs Kingdom,” Clark said. “We built something special whenever I came here. Four years later, I just love it here. I love my teammates. My boy Chris Jones is one of my best friends. We got unfinished work. I feel like last year we left off on a pretty sour taste. [We] had a lot of high hopes but didn’t accomplish our goals. [We] didn’t win the AFC Championship, and didn’t make it back to the Super Bowl. You know how we are, we got high standards here. We want to set the bar high and keep it there.”

Read more about:
Frank Clark Kansas City Chiefs NFL
Listen to the uInterview Podcast!
Get the most-revealing celebrity conversations with the uInterview podcast!