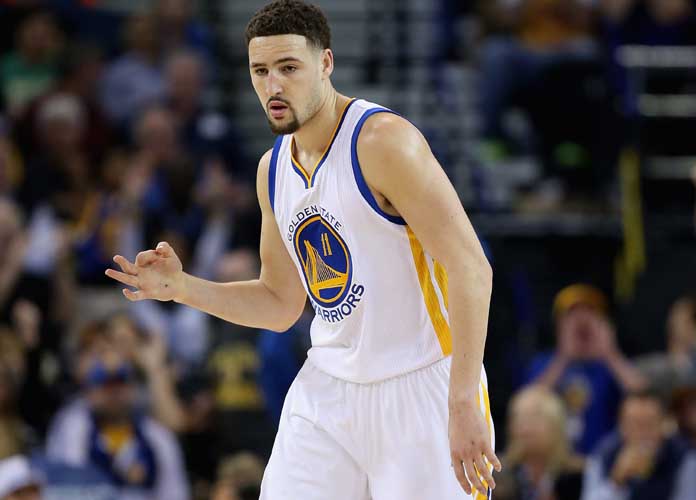 It isn’t new for social media influencers and YouTube personalities to attempt to sneak into sporting events, usually using tactics such as fake tickets, employee impersonation, and more. It’s extremely rare however for someone to walk through security, and get on the court to launch some jumpers before being found out. That’s exactly what Dawson Gurley did in Game 5 of the NBA Finals on Monday night.

Was it worth it to lose 10K on tickets and be banned for life? Absolutely. I was an NBA player for 10 minutes bro 😂😂

As shown in a YouTube video posted by Gurley, he was able to walk into Chase Center, get through security, who thought he was Klay Thompson, and get to the court before he proceeds to take a few jumpers before he was realized by a security guard. Gurley can be heard saying in the video, “We just walked right through security into the stadium, man!” Security is then heard telling him that he is welcome as a ticketed guest since he had done nothing illegal.

Gurley quickly took to social media to express his displeasure with the ban tweeting, “Technically, I did not trespass. I talked to security, went through metal detectors, and walked right into the building. They welcomed me with open arms. I also never claimed to be Klay… Why should I be banned because their security is incompetent?”

Gurley’s Fake Klay personality has been ever-present amongst Warriors fans since 2017, and he has been present at NBA games, media events, and the Warriors’ ring ceremonies. His shtick once even caught the attention of Warriors head coach Steve Kerr, with Kerr once joking that Gurley looked as if the real Thompson “had one too many burgers.”