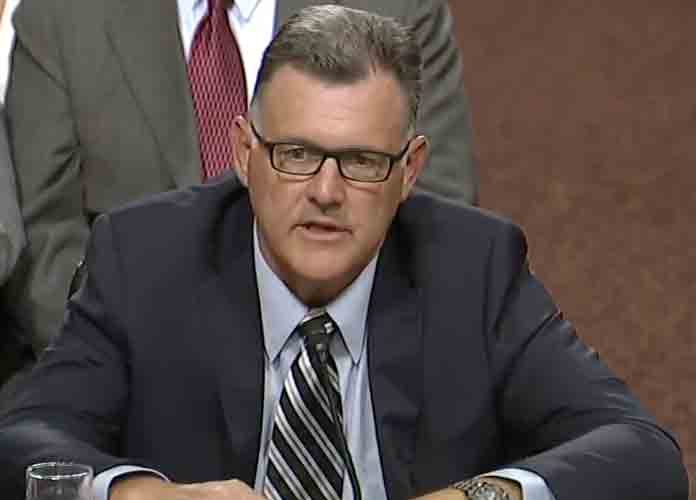 The former President of United States Gymnastics, Steve Penny, was arrested Wednesday following an indictment from a Texas grand jury.

The indictment alleges that Penny removed documents from the Karolyi Ranch, a training center for some of the country’s elite gymnasts, and the center where  USAG team doctor Larry Nassar serially molested young gymnasts. He was charged in June with sexually assaulting six minors in the gymnastics center, along with Debra Van Horn, a former trainer. Van Horn was indicted on one count of second-degree sexual assault of a child and “acted as a party” with Nassar and his assaults.

Nassar was sentenced to decades in prison after hundreds of women and young girls accused him of molestation when receiving “treatment” from him, with many saying the abuse dated as far back as the 1990s.

Penny allegedly ordered the removal of the documents after it was learned that Texas Rangers and Walker County authorities were set to investigate the ranch. USAG had still been in control of the ranch at the time. The indictment alleges that Penny received the documents at the USAG headquarters in Indianapolis, and that they were never recovered or located again.

Penny was adamant in his reticence concerning Nassar’s abuse and even coerced other staff to repress any talk of the matter. Penny was first investigated by USA Gymnastics in 2015.

Penny faces two to ten years in prison if convicted of the third-degree felony.