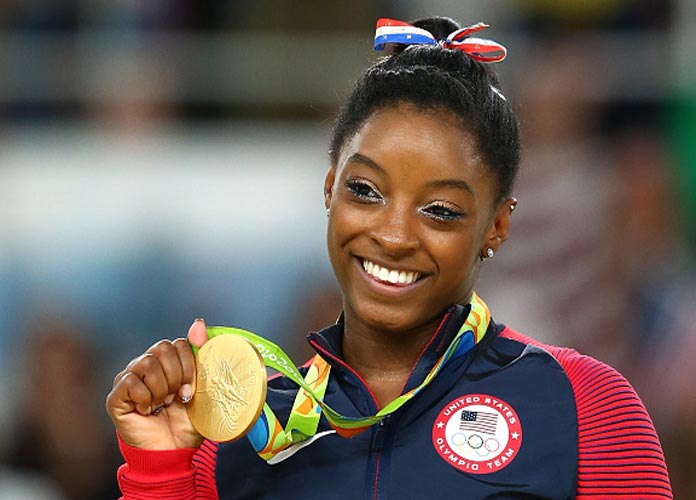 Simone Biles has joined the “Me too” chorus of women who have endured sexual harassment or assault.

“I too am one of the many survivors that was sexually abused by Larry Nassar,” Biles wrote in posts on Instagram and Twitter. “Please believe me when I say it was a lot harder to first speak those words out loud than it is now to put them on paper. There are many reasons that l have been reluctant to share my story, but I know now it is not my fault.”

Here is her full statement:

“It is not normal to receive any type of treatment from a trusted team physician and refer to it horrifyingly as the “special” treatment,” Biles wrote. “This behavior is completely unacceptable, disgusting, and abusive, especially coming from someone whom I was TOLD to trust.

Nassar will be sentenced on seven sexual assault charges in a Michigan court this week as part of a plea deal, and could receive life in prison. He was previously sentenced to 60 years in federal court for possessing child pornography.

Aly Raisman, Gabby Douglas and McKayla Maroney are the other U.S. gymnastics stars who have accused Nassar of abuse, along with around 140 other women he treated during his time with USA Gymnastics or at Michigan State.

Raisman tweeted earlier Monday that she will not be attending the sentencing hearing Tuesday, where several victims and their parents are expected to read victim’s impact statements.

“I will not be attending the sentencing because it is too traumatic for me. My impact letter will be read in court in front of Nassar. I support the brave survivors. We are all in this together. #StopAbuse”

Raisman also expressed her support for her teammate Biles on Twitter:

I am so proud of you. You are incredible Simone. I stand with you. I am shaking reading your post. I know we will all get through this together. https://t.co/Ziec5Fkhwv

She also tweeted this photo of herself and Biles holding hands:

Biles won five medals (four gold, one bronze) at the 2016 Games in Rio. She is training for the Tokyo 2020 Summer Olympics, but admits this has been “impossibly difficult.”

“It breaks my heart even more to think that as I work towards my dream of competing in Tokyo 2020, I will have to continually return to the same training facility where l was abused,” Biles wrote.

Biles ended her letter by asking for privacy during this time.

RIO DE JANEIRO, BRAZIL – AUGUST 16: Gold medalist Simone Biles of the United States celebrates on the podium at the medal ceremony for the Women’s Floor on Day 11 of the Rio 2016 Olympic Games at the Rio Olympic Arena on August 16, 2016 in Rio de Janeiro, Brazil. (Photo by Alex Livesey/Getty Images)