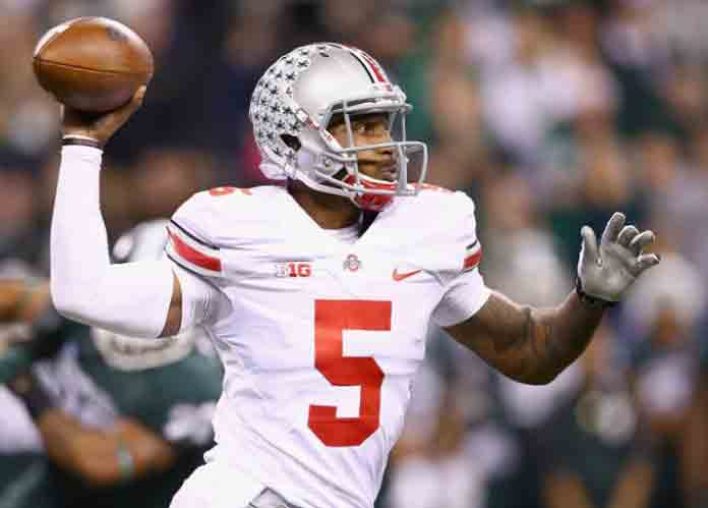 Miller, 26, changed positions after drawing significant national attention as a passer for the Buckeyes. During his time at Ohio State, he threw for 5,295 yards, 52 touchdowns and 17 interceptions. In his last year there as a receiver, he caught 25 passes for 340 yards and three touchdowns.

The Houston Texans drafted Miller as a third-round pick in 2016 as a wide receiver. In his first year with the team, Miller played 10 games and started six, totaling 15 catches for 99 yards and one touchdown. Late in the regular season that year, he sustained a shoulder injury and was put on injured reserve.

After struggling in 2017 and during the 2018 preseason, Miller left Houston to join the Philadelphia Eagles‘ practice squad last year and spent the entire season with the team. Although it was initially believed the youngster could earn a starting spot on Philadelphia’s roster, the Eagles signed DeSean Jackson and drafted JJ Arcega-Whiteside last year.

As a Buckeye in 2014, Miller became both a CFP national champion and a Big Ten champion. He was also a two-time Big Ten Most Valuable Player and a two-time Big Ten Offensive Player of the Year. Miller is known for being fast and athletic and, barring another string of injuries, should provide solid depth to Cleveland’s receiving corps.

The Browns posted a 7-8-1 record last season to finish third in the AFC North, after they finished 0-16 in 2017 and 1-15 in 2016. Cleveland has won its first two preseason game against the Washington Redskins and Indianapolis Colts and next visit the Tampa Bay Buccaneers on Friday night.