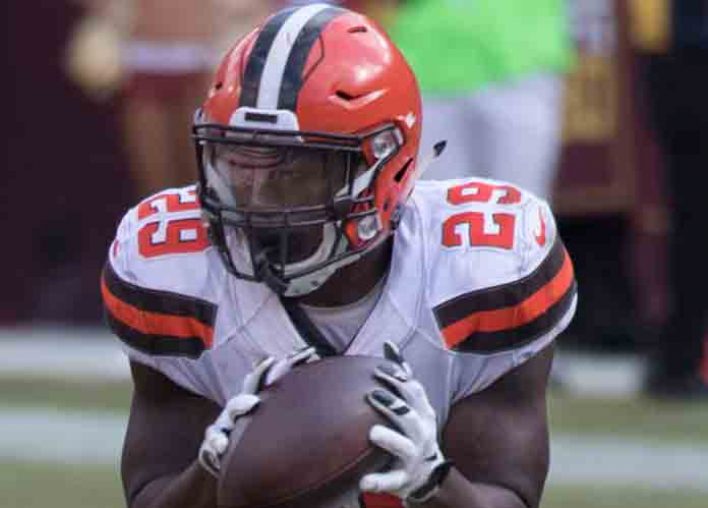 The re–vamped Cleveland Browns will go on without running back Duke Johnson next season, as the team exchanged his services with the Houston Texans for conditional fourth round pick during next year’s draft.

Last year, Johnson saw his workload decrease rapidly, carrying the ball just 40 times for 201 yards while failing to reach the endzone at all. However, Johnson posted the highest yards per–carry mark across the entire league last year at 7.2 YPC. However, even after inking a three–year deal with Cleveland last summer, his depth chart positioning behind second year man Nick Chubb and eventually Kareem Hunt ruptured the relationship between Johnson and the Browns, leading to eventual his trade request.

Quarterback Baker Mayfield formerly expressed his displeasure for Johnson during the summer’s early days. However, Mayfield categorized his relationship with Johnson since as “good.”

Still tied to his contract until the 2021 season, Johnson now awaits a second chance with the Texans. Although Lamar Miller still stands as the likely candidate to maintain the team’s starting running back duties, Johnson likely eyes a chance to serve as the team’s secondary rusher or potentially a role as a third–down back. As a prominent pass–catching back as well, look for Johnson to add into the Houston’s air strike offensive capabilities as a target for quarterback Deshaun Watson.

Duke Johnson is immediately the No. 2 receiving option for the Texans. Love this move.

Joining stars such as DeAndre Hopkins and  J.J. Watt  as well, Jonson now stands by for a chance to make the playoffs for the first time in his career with Houston.