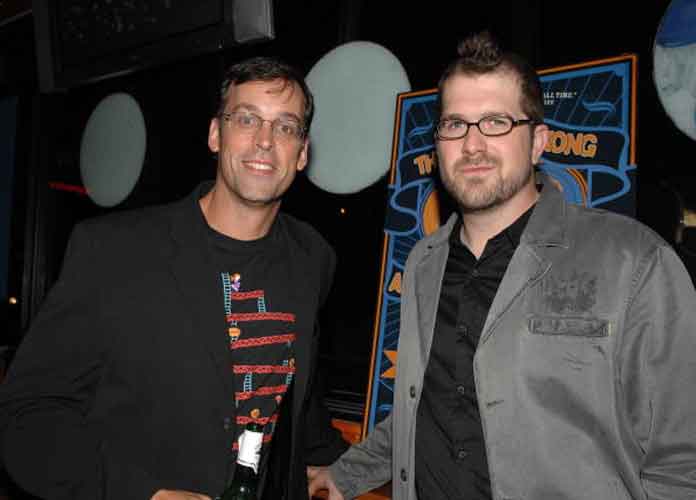 HOLLYWOOD - AUGUST 16: (L-R) Producer Ed Cunningham and director Seth Gordon attend the after party following the Los Angeles premiere of Picturehouse's 'The King Of Kong: A Fistful Of Quarters' at the ArcLight Theater on August 16, 2007 in Hollywood, California. (Photo by Stephen Shugerman/Getty Images)

“I take full ownership of my alignment with the sport,” said Cunningham in an interview with the New York Times. “I can just no longer be in that cheerleader’s spot.”

The 48-year-old analyst has spent 20 years working at ESPN and ABC. Before that, he himself played football, first as a center and offensive lineman for the University of Washington — whom he helped lead to a national championship in 1991 — and then five seasons in the NFL: four with the Arizona Cardinals (1992-1995) and one with the Seattle Seahawks (1996) after being drafted as a third-round pick.

Just last month, the Journal of the American Medical Association published a study that revealed that of 202 deceased football players, 177 (87 percent) were diagnosed with neurological disease CTE (chronic traumatic encephalopathy), a form of brain trauma.

“In its current state, there are some real dangers: broken limbs, wear and tear,” Cunningham added. “But the real crux of this is that I just don’t think the game is safe for the brain. To me, it’s unacceptable.”

As a color analyst, Cunningham quickly became known for his sharp censure of what he considered dangerous hits and irresponsible coaching decisions that harmed the health of athletes. His strong opinions often drew angry responses from fans, coaches and administrators.

“I could hardly disagree with anything he said,” Patrick, who will have a new broadcast partner this season in Cunningham’s absence, said in a phone interview. “The sport is at a crossroads. I love football — college football, pro football, any kind of football. It’s a wonderful sport. But now that I realize what it can do to people, that it can turn 40-, 50-year-old men into walking vegetables, how do you stay silent? Ed was in the vanguard of this. I give him all the credit in the world. And I’m going to be outspoken on it, in part because he led me to that drinking hole.”

The 6-foot-3, 240-pound Cunningham admitted he learned of several former players — including former teammates — who suffered from long-term effects of their injuries, particularly brain trauma.

“I know a lot of people who say: ‘I just can’t cheer for the big hits anymore. I used to go nuts, and now I’m like, I hope he gets up,’” Cunningham said. His eyes welled with tears. “It’s changing for all of us. I don’t currently think the game is safe for the brain. And, oh, by the way, I’ve had teammates who have killed themselves. Dave Duerson put a shotgun to his chest so we could study his brain.”

Duerson was a teammate of Cunningham’s with the Phoenix (now Arizona) Cardinals in 1992 and 1993. He killed himself in 2011 and was posthumously diagnosed with CTE.

Those paritcularly close to Cunningham say they were surprised merely by the timing of his decision to step away from broadcasting.

“He had certainly broadly hinted at it,” Patrick said. “But I thought it was maybe two or three years down the road.”

Cunningham has suggested several ideas to make sports safer over the years, including reducing or even eliminating contact before high school, the introduction of in-helmet sensors, and changes to soften the outside of football helmets into something akin to memory foam to reduce their weight.

Other football announcers like Al Michaels — who does play-by-play for NBC’s Sunday night N.F.L. broadcasts — don’t seem to believe there are any ethical issues with the nature of their career.

“I don’t feel that my being part of covering the National Football League is perpetuating danger,” Michaels said in a phone interview. “If it’s not me, somebody else is going to do this. There are too many good things about football, too many things I enjoy about it. I can understand maybe somebody feeling that way, but I’d be hard-pressed to find somebody else in my business who would make that decision.”

HOLLYWOOD – AUGUST 16: (L-R) Producer Ed Cunningham and director Seth Gordon attend the after party following the Los Angeles premiere of Picturehouse’s ‘The King Of Kong: A Fistful Of Quarters’ at the ArcLight Theater on August 16, 2007 in Hollywood, California. (Photo by Stephen Shugerman/Getty Images)