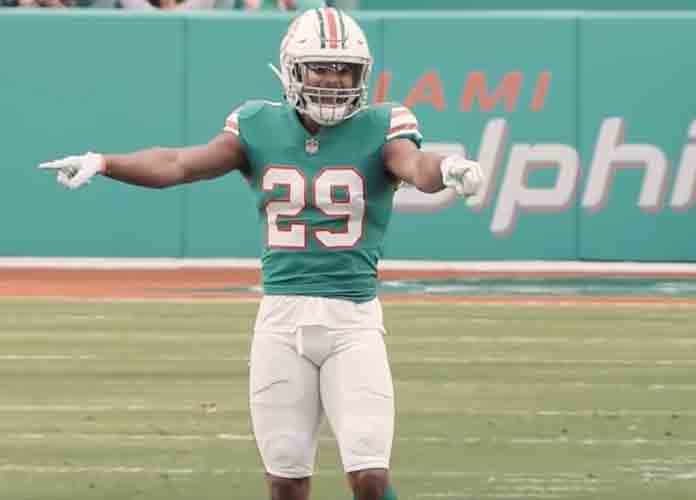 Versatility is both one of Minkah Fitzpatrick’s greatest assets and the reason he wants to leave the Miami Dolphins.

Fitzpatrick asked the team for a trade this week, citing a lack of a defined position at safety/cornerback/defensive end.

The youngster proved to be a huge bright spot for the Dolphins after being drafted in the first round last year. In his rookie year alone, Fitzpatrick put up decent numbers when he was given a chance to start. He recorded 45 tackles and two interceptions. His first NFL interception was against Tom Brady, the second came against Kirk Cousins.

However, Fitzpatrick — a former All-American Freshman for Alabama — was projected to be a higher pick than he was at 11. Pre-draft buzz was that his lack of a defined position hurt his stock. He played multiple roles in college. In the NFL, he was mainly a safety, but was also defensive back and cornerback. This year, new coaching staff has assigned him the “rover” position, which requires him to cover multiple different positions depending on the play. One play, he might be covering the tight end and the next a wide receiver and then another offensive opponent. Fitzpatrick and his agent cited a lack of understanding where he stands with the new coaches as the reason he wanted to leave.

Fitzpatrick previously stated that he enjoyed the versatility but briefly hinted that he would like to prepare for one role specifically.

“I take a lot of pride in it because it’s not something that a lot of people can do and it’s not easy to do,” Fitzpatrick said of playing multiple roles. “Sometimes I do wish I had one position just to be safe and sound at. But I think it just adds to my stock, my value to the team. It’s not just me that’s moving around, it’s other guys, other pieces that are moving around. Just as a secondary, being able to do that is pretty special.”

The Dolphins have given Fitzpatrick and his team permission to talk to other organizations about a possible trade. Sources state that Miami’s price is too high: at least one future first-round pick, plus more.

Miami is 0-2 this season after a crushing 43-0 loss to the New England Patriots on Sunday. The Dolphins lost their opener to the Baltimore Ravens 59-10 in what is considered a rebuilding year for the Dolphins as they shipped away valuable players. Miami next visits the Dallas Cowboys on Sunday.