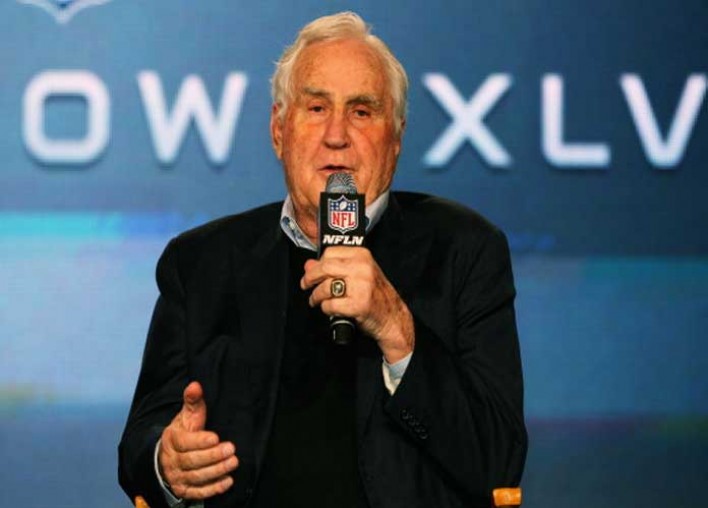 A sad day not just in the world of football but in the world of all professional sports. Hall of Fame Miami Dolphins linebacker Nick Buoniconti has died at the age of 78 due to a degenerative brain disease caused by repetitive head trauma.

Buoniconti was a leader of the “No-Name Defense,” for the Dolphins that won back-to-back Super Bowls in the 1970s including a 17-0 season which remains the only undefeated season for any team in NFL history.

After retirement from football, Buoniconti and his son, Marc Buoniconti, worked tirelessly raising money and awareness to find a cure for paralysis. In 1985, Marc suffered a life-changing football injury when he became paralyzed from the shoulders down after making a tackle for the Citadel. In their efforts, they raised more than a half-billion dollars. They founded the Miami Project to Cure Paralysis together as well, the world’s largest spinal research center.

Our thoughts and prayers are with the family and friends of Nick Buoniconti. pic.twitter.com/kcgtLRWzo7

During his Hall of Fame speech in 2001, Nick Buoniconti said: “I would trade this [Super Bowl] ring in, and all my individual accomplishments, if one thing could happen in my lifetime. My son Marc dreams that he walks. And as a father, I would like nothing more than to walk by his side.”

“My dad has been my hero and represents what I have always aspired to be: a leader, a mentor and a champion,” the younger Buoniconti said in a statement.

“He was the leader of one of the most dominant NFL teams in history,” NFL Commissioner Roger Goodell said, “and earned his place in the Pro Football Hall of Fame with his grit, fearlessness and skill while playing with the Patriots and Dolphins.”

“Nick was special to me in every way,” Hall of Fame coach Don Shula said. “He was someone I greatly admired. His love for his wife, Lynn, his children, grandchildren, friends, teammates, family and the community was evident. His groundbreaking work with the Miami Project to Cure Paralysis has made a huge difference in the lives of so many people. I am thankful to have had Nick in my life. I will miss him.”

Buoniconti is survived by his wife, Lynn, sons Marc, Nick Jr. and Justin, and daughter Gina.

Dolphins legend Nick Buoniconti was No. 11 on our list of 50 greatest Dolphins. Rest in Peace. https://t.co/fjttYBTE33 pic.twitter.com/tOYwueiSYo