Redskins Decline To Use Franchise Tag On Kirk Cousins - uSports.org 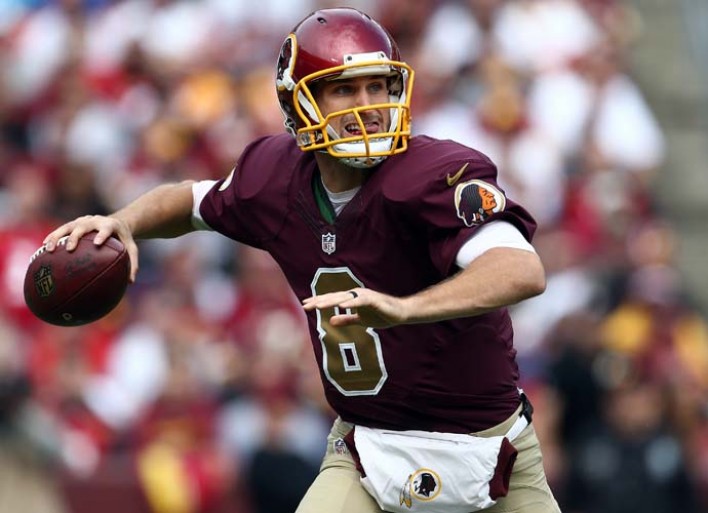 Redskins Decline To Use Franchise Tag On Kirk Cousins

The Washington Redskins have opted not to use another franchise tag on quarterback Kirk Cousins.

Cousins could have been used as trade bait if he had been franchise-tagged. The trade deadline was 4pm EST Tuesday.

Doug Williams — the Redskins’ senior vice president of player personnel — stated at last week’s scouting combine that it was improbable the team would franchise-tag Cousins, despite rumors that said this might happen.

Cousins will be worth a third-round compensatory pick in 2019. However, Washington may or may not acquire that, depending on what happens in free agency. Smith signed a four-year deal with Washington.

The possible $34.5 million salary cap hit that would have come with tagging Cousins would have impeded the Redskins from pursuing other free agents.

The four teams that have been floated as the quarterback’s next home are the Minnesota Vikings, New York Jets, Arizona Cardinals and Denver Broncos.

Cousins tweeted Tuesday that he is “open to suggestions” on his next team.

Next week is now officially the first time since 2007 that I’ll be choosing where to play football. I’m open to suggestions. #freeagency pic.twitter.com/hnkbFkLLm2

The NFL’s new league year begins March 14, and his agent can discuss contract value with teams during the legal tampering period, which starts two days before that.

Cousins played in the Pro Bowl after the 2016 season.

LANDOVER, MD – OCTOBER 25: Quarterback Kirk Cousins #8 of the Washington Redskins drops back to pass in the second quarter of a game against the Tampa Bay Buccaneers at FedExField on October 25, 2015 in Landover, Maryland. (Photo by Matt Hazlett/Getty Images)