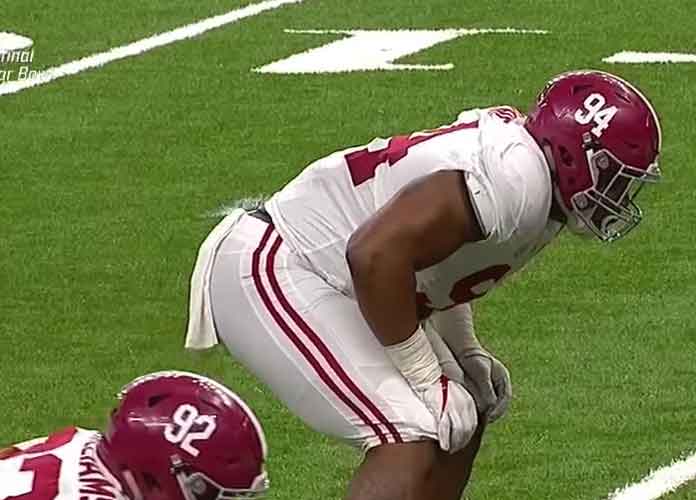 Five Alabama football players announced on Thursday they will forego their senior seasons to officially declare for the 2018 NFL Draft.

Defensive backs Minkah Fitzpatrick and Ronnie Harrison and running back Bo Scarbrough all decided to leave a year of eligibility for the NFL public in a press conference.

“It’s certainly a time of year when people have to make decisions about their future,” coach Nick Saban said Thursday. “We’ve got some young men here today that have done a fantastic job for the University of Alabama. Not only in what they’ve been able to accomplish on the field but the way they’ve represented the university, the football program, off the field as well.

Among the juniors who will return to play for Alabama in 2018 are running back Damien Harris and defensive end Isaiah Buggs.

“After all that, I think it’s best for me and my family for me to pursue my career in the NFL. It was an honor and a blessing to be part of this university. I’m forever grateful. Y’all gave me a whole lot of love, a lot of appreciation, a lot of blessings. I just want to say thank you, God bless and Roll Tide.”

Scarbrough grappled with several injuries throughout his career, but ultimately rushed for 596 yards and eight touchdowns on 124 carries in 2017 and 1,512 yards and 20 touchdowns since enrolling as a former 5-star recruit.

Ridley, another former 5-star recruit, caught 224 passes for 2,781 yards and 19 touchdowns during his three-year career in Tuscaloosa. This season, he had 63 receptions for 967 yards and five scores.

Draft-eligible players must declare for the event by Jan. 15, although they have until Jan. 19 to withdraw their names from consideration and be permitted to return to their respective schools.