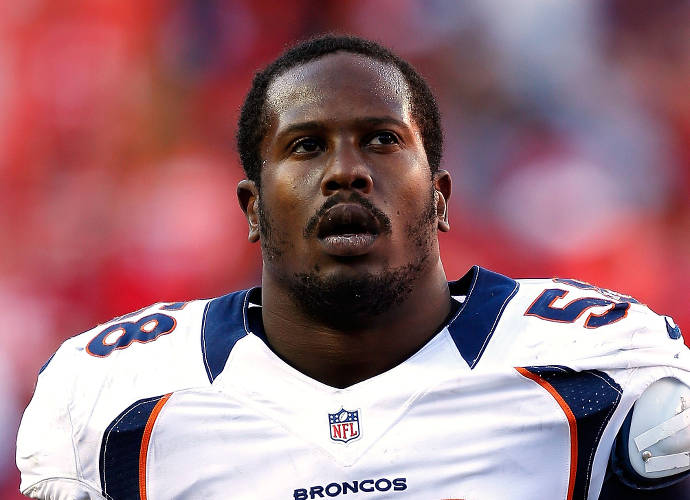 The thin air in Denver has been hanging a little too thick around the Bronco’s practice facility this week. Players around the league have begun preparations for the 2015-2016 season but defensive star Von Miller has been spending his time dealing with the Broncos new fine system – a Fart Tax, if you will – according to Denver Post reporter Nicki Jhabvala.

Von Miller said the Broncos have a fine system for, um, flatulence in meetings. Said he thinks he’s been fined the most.

Thankfully for all of us curious fans, Jhabvala let Miller elaborate:

The plot thickened this morning however when Jhabvala hit Twitter yet again and tweeted this update to the story:

Von was never fined by the Broncos. It was just a silly thing among the players.

Do the Denver Broncos fine their players for loud gas releases? Should Von Miller go see a dietician? Sure, we’re all worried about concussions but who’s checking on our player’s constipation?

The Broncos play their first game of the season on Aug. 14 in a preseason matchup against last years NFC Champs, the Seattle Seahawks.