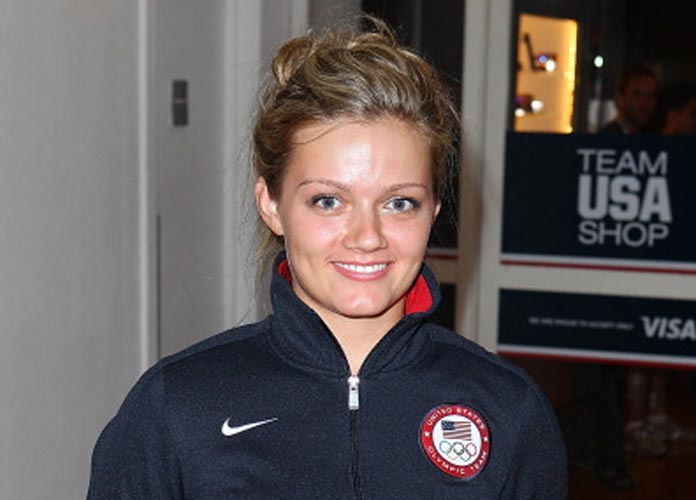 Dagmara Wozniak, a saber on the 2016 US Fencing Team who will be competing in the Olympic Games in Rio, Brazil this August, discussed her typical day of training, the biggest challenges she’s faced in competition, and her career goals with uSports.

Wozniak, 28, was one of the more than 75 Team USA Olympians to attend the 100-Day Countdown celebration in New York’s Times Square on April 27.

“I wake up around 7 or 8 am and then go to the gym for about an hour and a half to do some specific strengthening exercises for fencing, to get faster, more explosive,” Wozniak told uSports exclusively. “Then I go off to practice around 5 or 6 o’clock–I practice around three blocks away from here, so it’s really close–and then practice for about four hours, one-on-one with the coach, footwork with the group, and then sparring with other athletes that are part of the club.”

Wozniak was born in Wroclaw, Poland of Polish parents but she and her family move to the US when she was one year old. She was raised in New Jersey, where she attended Colonia High School in Woodbridge Township. She began fencing at the age of 9 at the Polish-American Fencing School. After graduating high school in 2006, she attended St. John’s University, where she graduated in 2013 with a degree in Biology.

“One of the things that attracts me to [fencing] is that it’s a combat sport, so it’s not, you know, running against the ground,” Wozniak said of the challenge of her sport. “The ground’s never going to change on you, so you might know your opponent, but they might do something completely different, or maybe they’re having a really good day and they’re doing things they normally don’t do fencing really well, so it’s always really important to try to adjust to that.

“We watch each other fence and we’re pretty much the same competitive pool as all the competition, but like I said, anything can change.”

After traveling to Beijing as a replacement athlete for the 2008 Olympic Games, Wozniak qualified for her first team as an individual in London in 2012 and placed eighth in her Olympic debut.

Regardintg the main difference between an epee, a saber and a foil, she said: “I believe that we [sabers] are like the sprinters of the group. We’re really fast and we’re trying to establish right of way, so we really need to be quick on our feet. We don’t have time involved, we’re pretty much just moving back and forth, you know, making decisions in a split second. It’s a really fast reaction time, and at the same time trying to move as fast as you can.”

Wozniak is ranked as one of the top 10 saber fencers in the world. Her hobbies include watching movies, snowboarding, reading and dancing.

“I definitely think my ultimate goal as an Olympian really resonates with what Michelle Obama said in terms of hoping that I can inspire other girls to pick up a sport,” Wozniak finally said. “It doesn’t have to be fencing, even though it’s definitely fun to try; it’s not popular, so a lot of people don’t know about it, but we have great ambassadors that are really bringing the sport to the light, and showing what’s great about it. I just want to be a role model.”

“I can only hope that I do that for someone else,” she said with a smile.