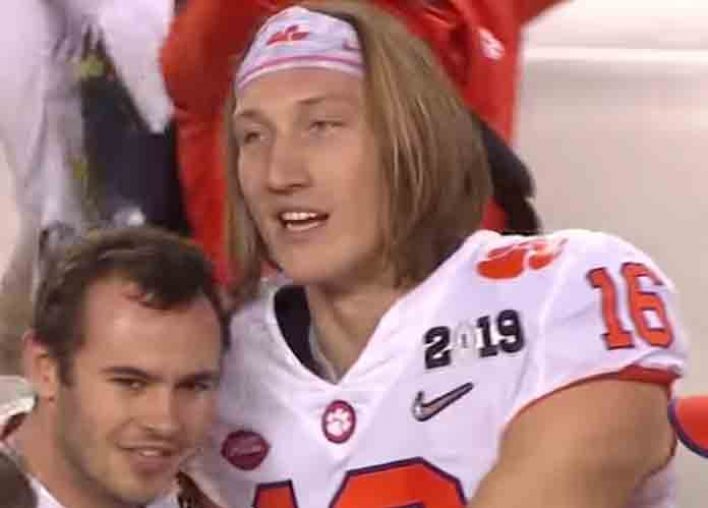 Apparently, a No. one ranking versus No. 87 ranking means quite a lot — Clemson showed why they are the AP’s preseason best as they routed Georgia Tech 52-14 on Thursday night.

Clemson star running back Travis Etienne ran for 204 yards, 90 of which came with just under six minutes left in the first quarter. Etienne found a hole on the left side, went right through a couple of defenders and down the sideline for a touchdown. Georgia Tech faded in the distance from that point forward.

Georgia Tech could have swayed the momentum their way in the middle of the second quarter, as they were behind 21-0, after they intercepted Clemson quarterback Trevor Lawrence by midfield, thus getting pushed out at Clemson’s three-yard line. After that, a nifty drop and run out of the pocket to the right seemed like a potential touchdown. However, Georgia Tech’s quarterback threw for an interception in the end zone.

On the very next play, Lawrence hit wide receiver Tee Higgins on a deep ball close to the middle for a 62-yard touchdown.

“They did a great job tonight. Twenty-one point swing early. We had chances. We had 4th-and-1. We didn’t convert. We got down on the goal line, didn’t convert. Turnovers early hurt us. I think the story of the game was big plays. I thought we tackled well. I thought our guys ran to the ball,” said Collins.

“We’re just going to continue to get better,” he added. “I’m just proud of the way they fought and of the way they stuck together. Injuries piled up on special teams, but the guys kept rolling in, trying to give their all for each other.”