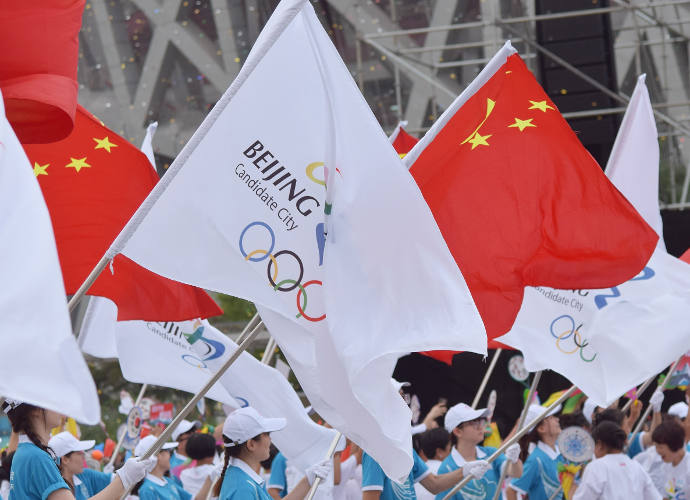 The International Olympics Committee has awarded Beijing with hosting duties for the 2022 Winter Olympics in the city of Zhangjjiakou, which is 150 miles north of the capital. This makes China’s capital the first city to host both the Summer and Winter Olympics.

One of the last countries to attempt to win the bid was Kazakhstan’s city of Almaty. Had Almaty been chosen in place of Beijing, it would have been the first central Asian country to host the games. Also, with a booming oil industry, it would have boosted profits for Kazakhstan by raising its public image.

However, with China winning the bid, they now have a considerable amount of work to do — namely locate or make some snow.

Prior to being given the honor of hosting the Olympics, questions about the country’s infrastructure, cost, and time are taken into account. In their pitch, China had centered on their empirical evidence that demonstrated their ability to create monumental stadiums, railways, and transports in a timely manner. This was alluding to China’s growing clout in world affairs, as their government claims that there is no price point too high that outdoes the prestige of staging the Olympics.

One worry critics have is the location. With a winter games, one can only vision snow. But Zhangjjakou is near the Gobi desert, the least likely place for snow to exist. China does indeed have snow, but it is too far north and south of the game’s location to be brought in quantities to the area. And this comes from a country who stymied the growth of golf in the country, citing its excessive use of water. Now they will have to invest upwards of $90 million in order to divert the water and create enough water to last the duration of the games. This diversion removes water sources from areas that need it in the south and uses it in the capital.

Also, it should also be noted that China is attempting to create its own ski industry even though artificial snow is hard to come by, too expensive for most Chinese, and too hot in the area they are trying to push.