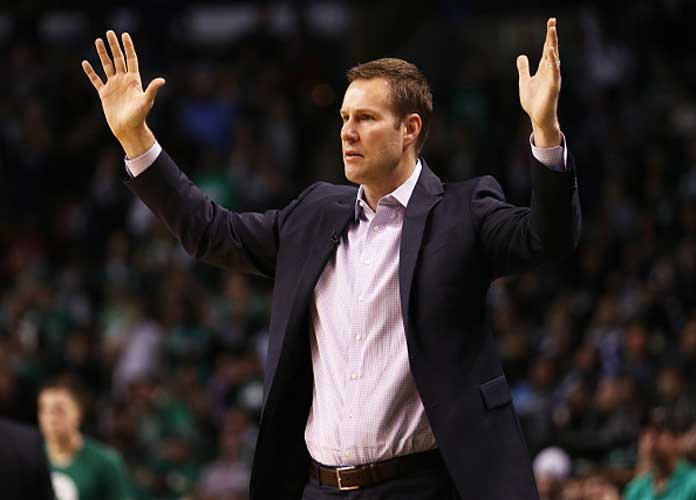 BOSTON, MA - APRIL 26: Fred Hoiberg Head Coach of the Chicago Bulls reacts during the third quarter of Game Five of the Eastern Conference Quarterfinals against the Boston Celtics at TD Garden on April 26, 2017 in Boston, Massachusetts.

After a disappointing  5-19 start to the season, the Chicago Bulls have fired head coach Fred Hoiberg after three years and six months with the team. Associate head coach Jim Boylen has been promoted to replace Hoiberg.

“Decisions like this one are never easy to make, however, I felt this was the right choice for our organization at this time,” said Paxon. “After a thorough evaluation, I elected to make this move with the overall development of our team in mind. As a team, I believe it is imperative that we make unfaltering strides in the right direction and build the right habits to help put our players in the best position to evolve not only now, but into the future. I want to thank Fred for his dedication and efforts, as well as for his enduring commitment to our team.”

A 2018-2019 season for the Bulls meant promise for many, as the team’s young core of Zach Lavine, Lauri Markkanen (he only began his season last weekend due to an elbow injury), Jabari Parker, and Wendell Carter Jr. had begun to gel together stupendously at the conclusion of the 2017-2018 season. Although injuries to Denzel Valentine and Bobby Portis have helped to derail such an anticipated season, the Bulls have lost six consecutive games and 10 of their past 11, unacceptable to team brass and the hungry fan base. The 5-19 start Chicago has endured is tied for fifth worst in team history. It trails only the 2017-2018 start under Hoiberg, and three of the post-Michael Jordan teams two decades ago.

The dismal start with such fruitful talent prompted Chicago to make an abrupt change. It came when 46-year-old Hoiberg, who amassed a 115-155 record with the team ( His 155 losses are the fifth most by a coach in franchise history) and one playoff berth (2016-2017) in just over three seasons, arrived at his routine practice session on Monday morning. The practice took a turn when Paxson and Gar Forman, the team’s general manager, arrived to inform Hoiberg of his release.

Hoiberg endured several contentious periods during his time with Chicago, most notably with former Bull Jimmy Butler in 2015 when the team lost to the Knicks. After questioning Hoiberg’s style of play, Butler urged that the team needed stronger leadership. “I believe in the guys in this locker room but I also believe we probably have to be coached a lot harder at times,” Butler said after the loss. “I’m sorry, I know Fred is a laid-back guy and I really respect him for that but when guys aren’t doing what they’re supposed to do, you have to get on guys — myself included.”

The Bulls will remain with Boylen as head coach and he has a strong chance to permanently win the job, as he is well renowned by management and ownership.