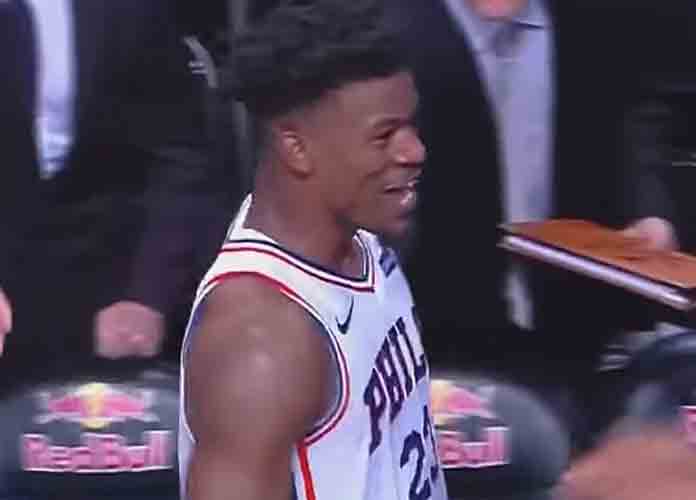 Newest Sixers addition Jimmy Butler made his presence felt and his worth apparent with a cold-blooded, 27-foot three-pointer with 0.4 seconds left in the game to give the 76er’s a 127-125 victory in Brooklyn. His three capped off an 18-point fourth quarter and a team-high 34-point game. Butler also added a season-high 12 rebounds, two assists and four steals.

Philadelphia, now 14-8, redeemed their loss against the Nets from Nov. 4, where they were embarrassed at home 122-97. Since then, the team has added Butler to bolster the scoring and shooting element, and for moments like that of Sunday’s. Since the start of the 2015-16 season, Butler has made five game-winning shots with ten seconds or less in the game, while the rest of Butler’s teammates are 1-for-13 in the past two seasons on those same shots. It’s safe to say Butler is just what the Sixers needed — and more.

Teammate Joel Embiid, who tallied 32 points in the win and rejoiced with Butler after the shot, praised his teammate’s ability to make it happen.”Big-time player,” he said. “He got to his spot and hit a big-time shot.”

After the team was down 19 points midway through the third quarter, Butler’s surge in the fourth set the table for a do-or-die scenario. His teammates set him up for one of biggest moments of the young season.

“My teammates have a lot of confidence in me to take shots late. Hopefully, I make shots late, as well,” said Butler. “But I mean, I got to the spot that I wanted to get to, raised up and knocked it down.”

Butler’s team has exponentially shown more of that confidence in him, as this isn’t the first time Philadelphia has looked to Butler for a heroic save. In almost the exact same spot, Butler hit a step-back 3 with 0.3 seconds left against the Hornets just over a week before Sunday night’s, giving the team a 122-119 victory. Butler has a knack for the spot he has been automatic from, mentioning that he practiced it several times just in case the Sixers needed him again down the stretch.

The next opponent to step into the gallows of Butler is the other New York team, as the Sixers will go across the East River to take on the Knicks on Wednesday.