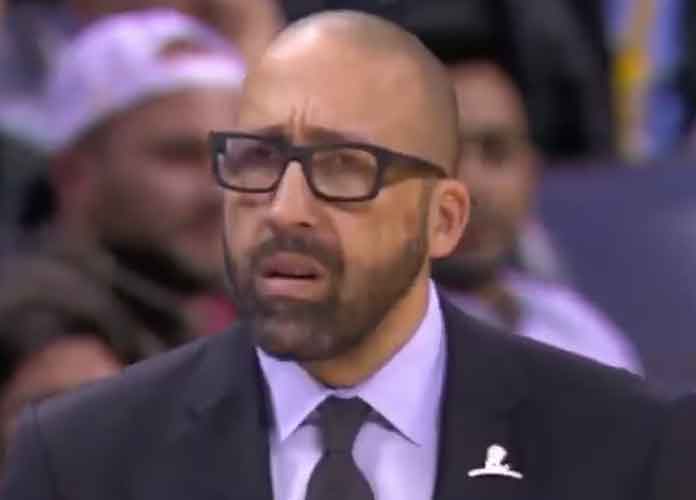 The New York Knicks hired former Memphis Grizzlies coach David Fizdale as their head coach on Thursday, and the NBA and sportscasters had much to say about this.

Fizdale — who will be 44 in June — coached the Grizzlies for the 2016-17 season, and was then fired in November 2017 after the team went 7-12 to start the season. Memphis lost eight straight games during that stretch, and even benched Marc Gasol during the fourth quarter of one game. He replaces Jeff Hornacek, whom the Knicks fired in early April.

Fizdale reportedly joins the Knicks on a four-year deal. New York has had 11 coaches in the past 16 seasons, a league record. During that stretch, the Knicks had only one postseason series victory and have failed to reach the playoffs for many years. Fizdale helped lead the Miami Heat to two NBA championships (2012, 2013) while working with the team as an assistant coach from 2008 to 2016. He has also served as an assistant for the Atlanta Hawks and Golden State Warriors.

According to some reports including from ESPN’s Adrian Wojnarowski and Ian Begley, Fizdale is hoping to build a strong relationship with 22-year-old power forward Kristaps Porzingis. The Latvian youngster has become one of the Knicks’ most promising stars and has even been called the face of the team since Carmelo Anthony left for the Oklahoma City Thunder last year.

Porzingis continues to recover from surgery to repair a torn ACL. Although he is eligible for a five-year contract extension, per ESPN, the Knicks have not yet decided whether or not they will keep the All-Star long term.

According to the New York Daily News, Fizdale could potentially be hoping to soon reunite with LeBron James, with whom he got along well during the duo’s time with the Heat.

The hosts of ESPN’s NBA Countdown, which include Paul Pierce and Chauncey Billups, commented on the Knicks’ hiring of Fizdale on Thursday.

“They got the best coach on the market in my opinion,” said Billups. “I’m happy for them, I’m happy for Scott Perry and Steve Mills,” he added of the team’s general manager and president.

“New York media is tough, the fans are tough and if there’s one guy out there who can deal with that, it’s coach Fiz,” Pierce added.

Here are other reactions to Fizdale’s hiring:

The Knicks finally made a great choice to be their next coach. Congrats, David Fizdale. Congrats, Knicks fans.

David Fizdale was the right choice. Applaud the Knicks for getting this one very, very right.

David Fizdale was the right choice. Applaud the Knicks for getting this one very, very right.

New Knicks coach David Fizdale’s activism against confederate statues like Jefferson Davis & Nathan Bedford Forrest did not get attn like Pop/Kerr/SVG. But it should have.

Not saying it contributed to Fizdale’s head-scratching firing by Memphis. Just not saying it didn’t either. pic.twitter.com/2Ra7jJFMTZ