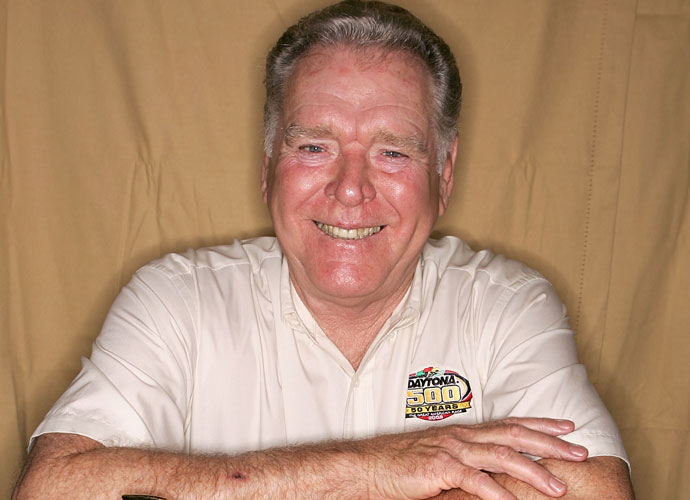 Buddy Baker, a journeyman NASCAR driver for 34 years and the winner of 18 major races including the 1980 Daytona 500, died of lung cancer Monday morning. He was 74.

Baker, who was nicknamed “The Gentle Giant” due to his towering six foot six inch stature, seemed destined for NASCAR greatness from birth — his father was NASCAR Hall of Famer Buck Baker. In 700 career starts, the younger Baker finished with 38 poles between 1959 and 1992 with 202 top fives and 311 top ten finishes.

Baker is also famous for being the first driver to break the 200 mph barrier at a closed course in 1970 at Talladega.

“Many of today’s fans may know Buddy Baker as one of the greatest storytellers in the sport’s history, a unique skill that endeared him to millions, but those who witnessed his racing talent recognized Buddy as a fast and fierce competitor, setting speed records and winning on NASCAR’s biggest stages. It is that dual role that made Buddy an absolute treasure who will be missed dearly” wrote NASCAR Chairman Brian France in a statement released this morning after news of Baker’s passing reached NASCAR headquarters.

Even in his retirement from actual racing, Baker was close with NASCAR, gaining acclaim as a color commentator and co-hosting a radio show for SiriusXM NASCAR twice each week. On July 7, Baker announced he had lung cancer and would be immediately leaving the network.

“I’m right with The Man upstairs,” Baker told The Charlotte Observer in story twenty days after his announcement. “If I feared death, I never would have driven a race car.”