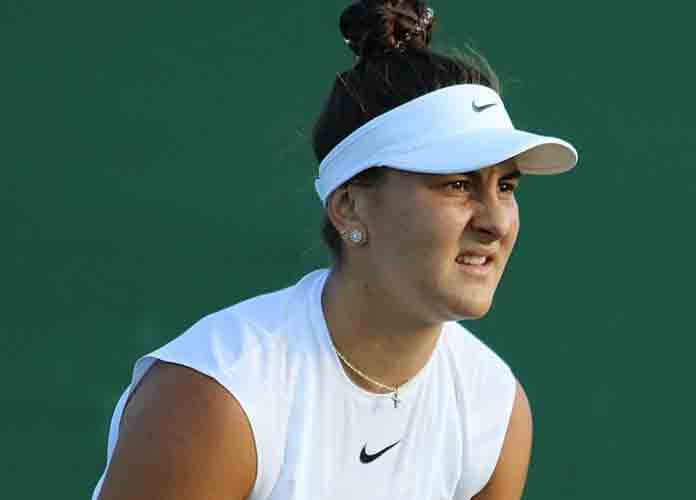 Andreescu showed why she is a force at Arthur Ashe Stadium by playing aggressively in different sets to keep Townsend off balance, even after losing a set  6-1, 4-6 and 6-2.  A few times during the first set, Townsend approached the net and volleyed her way forward, thus seeming to get the advantage before Andreescu volleyed back behind Townsend and won the point a few times to start 3-0. The momentum kept up in Andreescu’s favor and she finished 6-1 in a quick set.

But the second set gave Townsend a chance to come back, starting 3-0 with aggressive play near the net. Both players were quite emotional during the match, with a lot of screaming and fist-pumping during the match. However, it was Andreescu who almost pulled a code-violation for slamming her racket. She claimed later that her racket slipped.

Andreescu has seen her stock rise, as she has risen from No. 178 to No. 14 this year with wins at Indian Wells and in Canada, where she became the first native of the country to win the Canadian Cup in half a century. Although we are a few games away from the final game on Saturday, experts claim that her game matches up with Serena Williams‘ game front-to-front and side-to-side. One thing is clear: both are very emotional players.

Andreescu’s focus as she heads to her next match should be on her play when she’s behind or struggling. In her past few matches, the sets she has lost are due to losing composure when she gets behind. Although Andreescu has enough in her bag to come back from those mistakes — a record that includes beating seven of the top ten players in the world — they might be the only deciding factor this deep into the US Open.

Serena Williams Opts Out Of U.S. Open Due to Hamstring Injury