Bears Awarded OL Alex Leatherwood Off Waivers – Can They Make Him Into A Starter? - uSports.org 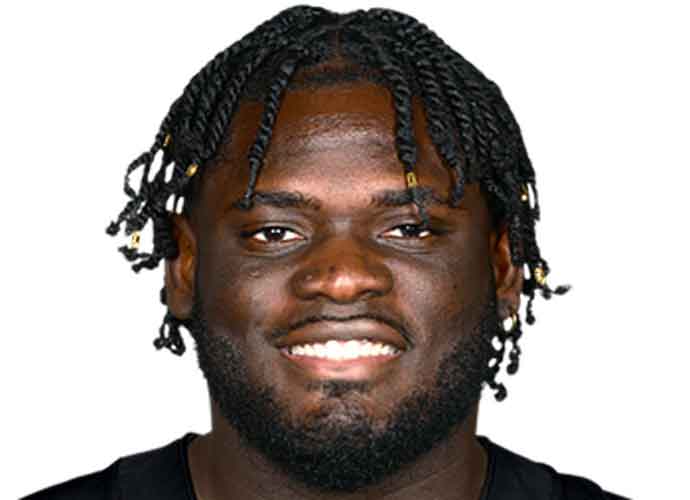 Following his surprising release from the Las Vegas Raiders, the Chicago Bears were to quick to pick up offensive lineman and 2021 first-round pick Alex Leatherwood off waivers. The move should give Chicago depth at multiple positions on the offensive line as General Manager Ryan Poles hopes to develop Leatherwood into a reliable starter.

After protecting quarterback Mac Jones all the way to a national championship at Alabama, Leatherwood entered the 2021 NFL Draft as one of the highest-ranked offensive linemen on the board. Under former Head Coach Jon Gruden, the Raiders took the tackle with the 17th overall pick.

Despite performing well in college, Leatherwood’s limitations in professional football became apparent soon after he joined the team. It was credited as a “mechanical” problem by former Raiders teammate and four-time Pro-Bowler Mitchell Schwartz in an interview with The Atlantic. In any case, the issues were persistent enough for the Raiders to try moving him from tackle to guard in his rookie year,

In the preseason, Head Coach Josh McDaniels gave Leatherwood another chance at tackle but he gradually lagged behind others at the position. Even after two players went down with injuries and forced him back into the starting position in the team’s second game, he still couldn’t do enough to keep it, allowing a sack early and heading to the bench soon after.

Based on performance alone, it wasn’t surprising that the Raiders cut Leatherwood after more than a season of futility at a variety of positions. It was strange, however, how quickly Las Vegas gave up on a recent first-round pick, even if the pick was made under an old coaching regime.

Because the Bears don’t have to start Leatherwood immediately, the team’s plan will be to develop Leatherwood into a viable starter as the season progresses. Time is on the lineman’s side, as he is only 23 years old and possesses significant potential from a physical standpoint.

Picking up Leatherwood is not the sort of decision that makes or breaks a franchise’s season, but small decisions like this have a way of compiling, for better or worse. Leatherwood is one of six waiver acquisitions that the Bears made Thursday, a clear sign that the team is trying to build something that lasts. Pieces like Leatherwood could prove invaluable in games to come if the team can figure out how to make the most of his abilities.