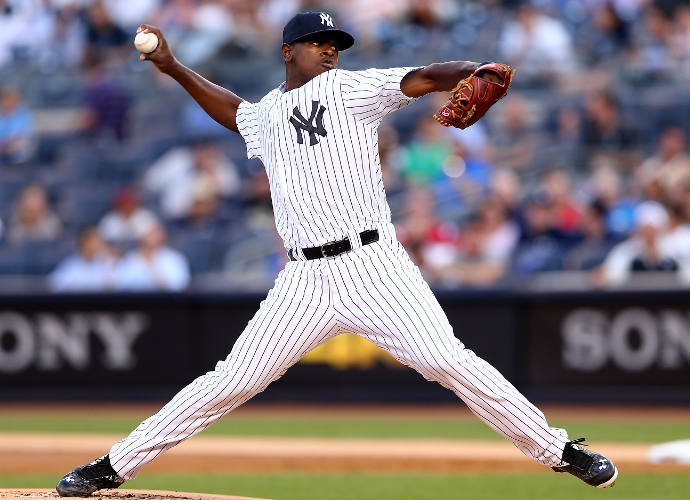 Rookie Luis Severino is in a place where most players have not been. In his debut against the Boston Red Socks, Saverino was able to limit Boston to two runs on two hits, striking out seven people in five innings. But what is incredible, is that the Yankees have and are promoting a young pitcher, a rookie, no less, by placing him into the middle of a pennant race.

Now, the pennant race is the last few weeks of the MLB regular season and is the time to determine the league championships based off of the best records in the divisions.

The insertion of a rookie into the lineup at such a time is very rare, and the last time it was seen was in 1964.

However, even though the Yankees lost 2-1 with the rookie at the helm, Yankees general manager Joe Girardi said of Saverino, “I definitely think it was positive for him and what it could mean for us going forward. He has a live arm, velocity, made a bunch of really good pitches on 3-and-2. He can make some quality pitches. I thought he attacked batters. … The way he went at hitters [from the start] made me think he was going to be OK.

This should be a relief to many Yankee fans, whose playoff dreams may have been crushed when Michael Pineda was reported to be on the disabled list due to a strained forearm. Once it was heard that Pineda was injured, the Yankees made the move call up the 21 year old Dominican Republic native to the big leagues who had been pitching in Double-A for Trenton and in Triple-A for Scranton.

While there is an inning limit to him at the moment, young pitchers have seen much success (think Pettite.) However, a small loss for the Yankees now may provide a better outcome for the team and management in the future.

“When you go out and trade for somebody this time of year, it’s a big addition, and to bring someone up with that type of ability, it can really swing the needle,” said Chase Headley, Yankees third baseman. “He’s going to be a great addition for us.”

While Severino gave up a solo homer to David Ortiz, that was about all that went against Severino that game.
When asked about his play, Severino responded, “I just tried to get people out, not strike people out. Here, when you make a mistake, you pay for it.”

Moving forward, the Yanks will try and catch up to the Jays (4 ½ games behind), but with only 13 games left, they cannot risk any mistakes.

While this happens, it is important to remember how memorable Wednesday night’s game was. I’ve mentioned it earlier, but I’ll say the facts again: a 21-year-old rookie enters a rotation in the middle of a pennant race.

Now to see if this was indeed a smart decision by Yankees management.