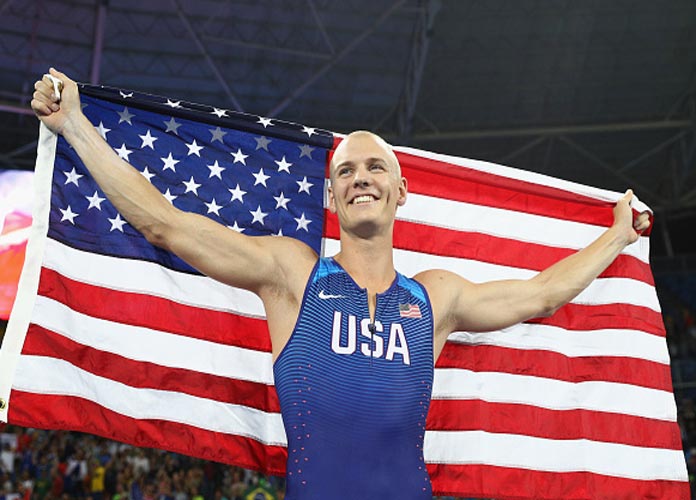 When ‘The Star-Spangled Banner’ began playing during his Olympic competition in Rio early Sunday, the 23-year-old American pole vaulter– who is also a second lieutenant in the U.S. Army Reserve– literally stopped what he was doing to stand at attention while the national anthem played.

Kendricks was racing down the runway on his way to a vault when he abruptly stopped, dropped his pole and stood tall and proud in respect of his country’s anthem.

The patriotic act by Kendricks came during a qualifying jump last week and drew praise from many, who hailed the motion as one of the most respectful acts of the 2016 Olympics.

Most patriotic thing I have seen, 2nd LT Sam Kendricks stops mid-run to stand at attention when he hears the nation… pic.twitter.com/1xKAurZ5mc

One of 18 Team USA athletes competing in Rio di Janeiro who also serve in the military, Kendricks finished his 2016 Olympics with a bronze medal thanks to a vault of 19 feet, 2 1/4 inches.

The Mississippi native became the first American to take home a medal in that event since Timothy Mack won gold in Athens in 2004. A two-time NCAA champion, he also is the third track and field athlete from the University of Mississippi to win an Olympic medal.

Kendricks comes from a military family. His father, Scott, served 10 years in the U.S. marines and is now his coach in the pole vault.

“Those guys are really proud of me and have given me every chance to continue as a civilian,” Kendricks told the official Team USA website. “(I’m proud) to represent the Americans on two fronts, as a military man and as a U.S. athlete.”