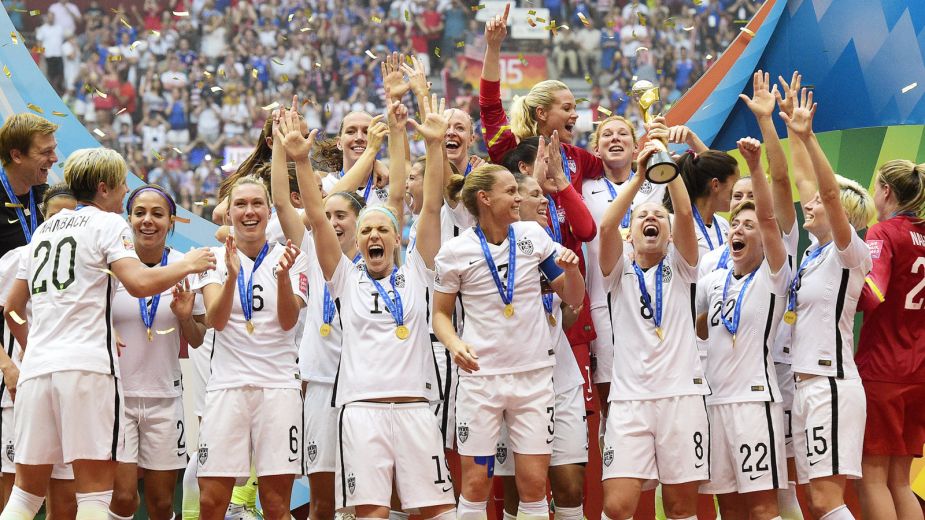 The United States women’s soccer team got their revenge over Japan yesterday at the FIFA Women’s World Cup in a 5-2 victory to claim the Women’s World Cup championship. It’s the USWNT’s third title and their first since 1999. The win came in a rematch of the 2011 final, which Japan won in a penalty shootout.

The Americans hit the ground running by jumping to a lead in the early minutes. Carli Lloyd stole the show in Vancouver from the get go by scoring her first goal in the 3rd minute. She then added her second in the 5th minute and had already completed the hat trick in the 16th minute. Lauren Holiday added one goal in between Lloyd’s 2nd and 3rd tallies, giving the USA a commanding 4-0 lead before the game was even 17 minutes old.

Japan, who was blindsided by the American assault at the beginning of the match, ended Hope Solo’s four game shutout streak with a 27th minute goal by Yuki Ogimi. Although a Julie Johnson own goal in the 52nd minute made things a little more interesting at 4-2, Tobin Heath put the game back out of reach to put the Americans ahead 5-2 in the 54th minute.

With the game in hand, United States manager Jill Ellis gave stars Abby Wambach and Christie Rampone a fitting sendoff in what is most likely to be their final FIFA Women’s World Cup match. The final whistle blew at BC Place and the celebration began for the Americans, as the ghosts of the 1999 team disappeared and the team made history for themselves to win the world championship.

Mired under the scandal that has rocked the organization, FIFA president Sepp Blatter did not make the trip to Canada to present the Women’s World Cup trophy. Nonetheless, Wambach and the rest of the American team lifted it up in jubilation in front of a crowd that was filled with US supporters who made the short journey north of the border.

The 2015 FIFA Women’s World Cup may have had the same two participants in the final, but the progression of the tournament marked new faces in women’s soccer. With countries like England and Columbia having success in the tournament, the women’s game looks to grow even more and gives the hope for more opportunities for women in sport in their nations. And with the Americans starting off slow but improving as the tournament went on, the leaders of growing the sport were able to add their third title in a way that inspired a nation. All in all, it was a tournament that through all the controversy at FIFA and with the field turf ended up becoming a huge success for both women’s sport and soccer alike.

Read more about:
2015 Women's World Cup FIFA Soccer USWNT
Listen to the uInterview Podcast!
Get the most-revealing celebrity conversations with the uInterview podcast!