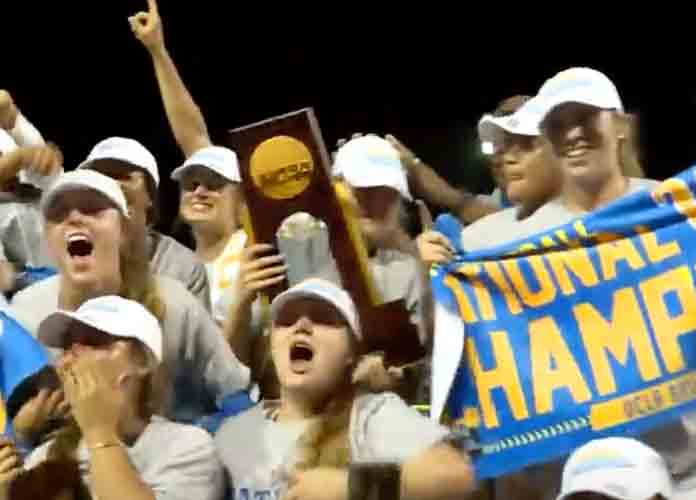 UCLA stood as a strong favorite all the way up until their season’s finale, the two-seeded Bruins stood opposed by the number one seeded Oklahoma Sooners during the series. UCLA’s former player, assistant and now head coach expressed her excitement following the victory as she stated, “I’m so proud to be a part of it, player, assistant, head coach. This is about the here and now. This is about UCLA softball in 2019. This team got on a mission.”

After compiling 179 pitches and adding a walk-off home run during a semi–final game against Washington, Rachel Garcia won the Most Outstanding Player of the World Series Award.

WALK OFF FOR THE NATIONAL CHAMPIONSHIP 😱😱😱#WCWS | @UCLASoftball pic.twitter.com/LbILY0t4S5

After an astonishing Game one victory where UCLA put up a record-tying 16 runs, the following game added the suspense that appeared absent from the series’ inaugural game. With the Sooners looking to rally and add their third tittle during the last four years, Shay Knighten tied the game at four with a seventh inning home run.

Down to the final out, Shay Knighten TIES IT UP, 4-4, in the seventh inning!!!#WCWS | @OU_Softball pic.twitter.com/6dSlRR1hHw

Despite a monumental home run off Knighten’s bat, Garcia showed zero worries on the mound, as she even smiled, further illustrating her confidence and reflecting the Bruins’s ability to play clutch softball. Garcia recalled the situation as she stated after the game, “It’s just a little inside joke between all of us. That was just like our thing this entire week, was that every run I gave up, I looked at my teammates and said, We’re going to be okay, we’ll punch back.”

The Bruins certainly did punch back. While hitters Bubba Nickels, Aaliyah Jordan, and Briana Perez contributed to the campaign by blasting home runs during Game two’s early innings, Washington ultimately proved Garcia’s reaction valid, rather than pompous, as the Bruins came through once again and walked away as champions.

That feeling when you win the National Championship!#WCWS | @UCLASoftball pic.twitter.com/RYyZkNh2ig