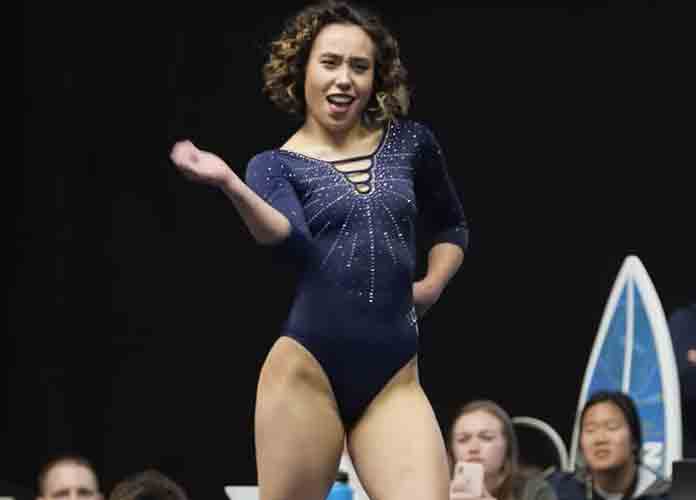 On Saturday, January 12, UCLA gymnast Katelyn Ohashi did three backflips into a split. She then got back up to end her floor routine. To the untrained eye, it looked easy. Ohashi makes it look this way. But a quick Google search shows that she had just landed the sixth perfect 10.0 of her career.

The crowd went wild as she stood there smiling. In one performance, she combined intense athleticism with critical acclaim for the perfect rating at the UnderArmour 2019 Collegiate Challenge. The routine was filled with joy, just months after revelations Ohashi made this August about stepping away from her Olympic dreams several years ago that left her “broken.”

“A 10 isn’t enough for this floor routine by @katelyn_ohashi,” the UCLA Gymnastics official Twitter account tweeted Sunday. The video of her first-place finish has over 13 million views as of Monday.

A 🔟 isn’t enough for this floor routine by @katelyn_ohashi. 🔥 pic.twitter.com/pqUzl7AlUA

Social media erupted when the performance was posted. Here are some of the best reactions:

One user wrote, “I would tear every ligament I didn’t know I even had.”

A former gymnast said, “this is the most exciting floor routine I’ve ever seen. So much energy and perfectly executed.”

I was a gymnast and still watch a lot, this is the most exciting floor routine I’ve ever seen. So much energy and perfectly executed.

One tweet read, “Note to self: Go to a UCLA gymnastics meet.”

Note to self: Go to a UCLA gymnastics meet
pic.twitter.com/nrwXtjmBVN

Others pointed out the joy Ohashi had while performing.

Not only was it perfect looking, her joy is absolutely contagious.

Ohashi has previously made headlines. Her performance at the 2018 Pac-12 Gymnastics Championship featured a moonwalking routine that earned her the title of the NCAA Floor champion. The video now has over four million views on YouTube.

At the start of the season, UCLA Coach Valorie Kondos Field said that they wondered “How were we gonna top that?” They just did.