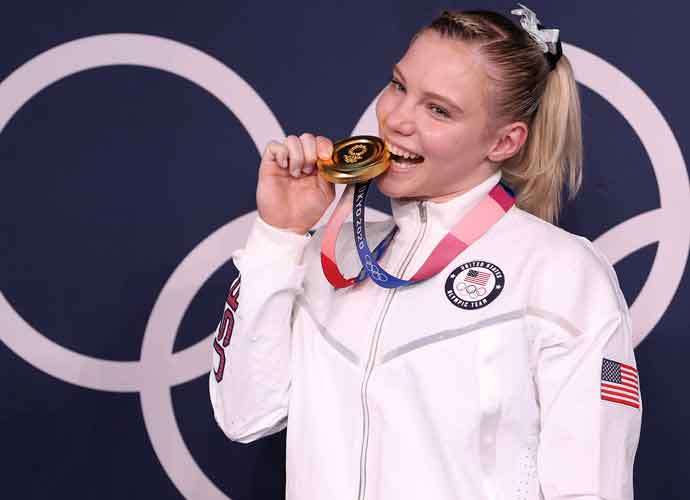 Jade Carey is walking away from Tokyo with a gold medal after finishing in first for the floor exercise.

Carey’s routine included an impressive nine flips and six twists. She is the third American in a row to win the event, following in the footsteps of Aly Raisman in 2012 and Simone Biles in 2016. Her gold was the fifth the U.S. snagged in women’s artistic gymnastics at the games.

Carey was forced to replace Biles, who dropped out of the Olympics after stating that she was having issues with her mental health. Carey was undoubtedly an incredible replacement, winning her first-ever Olympic gold medal.

Carey has won gold before, just not at the Olympics. She took first at the 2020 Melbourne World Cup as well as the 2019 Doha World Cup and Baku World Cup. She is set to enroll at Oregon State, a slot she had deferred in order to prepare for Tokyo.