Steelers RB James Conner Says He Had "About One Week" To Live After Being Diagnosed With Cancer - uSports.org 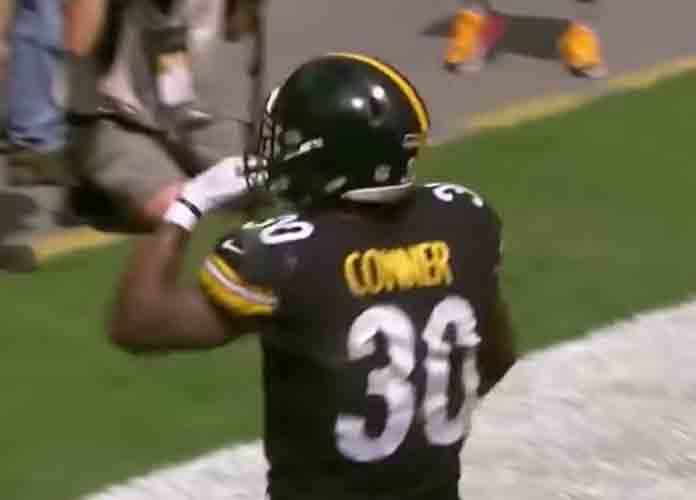 James Conner, last season’s breakout running back replacement for All-Pro Le’Veon Bell for the Pittsburgh Steelers, revealed this week that he was diagnosed with cancer in college while playing for the Pittsburgh Panthers in 2015.

Conner said that he had growing tumors around his heart and had a week to live before getting surgery.

“The doctor told me I had about a week left,” Conner told Mike Seander on his podcast, according to Bleacher Report. “He said, ‘you got about a week.’ If you didn’t get this treated, you had about a week at the rate it was growing.”

Conner says that he was struggling to sleep during rehab for his MCL tear, and had to get additional tests done on him. Doctors later discovered the growing tumors around his heart that were pressuring his veins and pressing down inside his chest.

“I remember sitting there like ‘what you gonna do?’ What else is gonna happen at this point? The hardest thing about it was telling my [brothers],” Conner said, according to USA Today.

Conner faced six months of chemotherapy after his successful surgery. He kept his mind on football by watching his own highlight tapes during chemo.

In May of 2016, he was free of his cancer and returned to Pitt to play one final season. He remained in Pittsburgh to be selected by the Steelers in the 2017 NFL Draft. He then took the starting role when Bell held out on his contract talks. Last season in his first year starting, he rushed for just shy of 1,000 yards, scoring 12 touchdowns and also recording 497 yards in the air, with 47 receptions. All of this came in 13 games for the Steelers.

Conner is set to take the starting role again this year under head coach Mike Tomlin and quarterback Ben Roethlisberger. The team lost two stars in Bell and Antonio Brown this offseason, but Tomlin believes his team are still primed for a Super Bowl run. According to Trib Live, Tomlin says he loves the situation he’s in right now after losing two Steeler stars. “I love that. To be honest with you, that’s what I love most about the job,” Tomlin said. “I embrace the high expectations associated with the job. I like the fact that Steeler Nation is (ticked) off, you know. As am I, and we are.”

Tomlin seems set to make a playoff run in a tough AFC North, under a strong defense, a veteran quarterback and a motivated running back.